Unlocked S20+ Not Updating, no internet with full bars 5G on T-Mobile 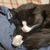 My issue is lack of data on 5G even with full bars using T-Mobile. Everything has been done from reseting carrier settings to clearing cache partion. After around 2-3 weeks of this problem (which will make sense in a minute), I've been informed by Tmobile tech support that my Baseband and Firmware versions are not up to date.

The last software update was released 2-ish to 3 weeks ago with build number G986U1UES1BTK1 being the latest released 11/25/20.

My build number is G986U1UES1BTJ2 which corresponds to a software update from 11/01/20, nearly a month prior.

This would explain the lack of data on 5G on my network, which is the only possible explanation at this point from what TMobile tech support tells me and what they think.

Since my phone is not carrier specific, it should receive it's updates directly from Samsung, yes? The T-Mobile specific build numbers are totally different online, so which ones am I supposed to receive? Why haven't I gotten my update yet?

I've called Samsung technical support, and (the poor English talk-to-fast) "technicians" are of no help. They just want to tell me how to back up my device and take my phone into a repair location. This will not solve the problem. I called the repair store, and they can't tell me what build number my phone will be flashed to. (Telling me the build number is Android 10 really goes to show how little faith we should have in Samsung and Samsung repair locations).

Does anyone have a solution to late arriving updates? I'm well aware the android 11 update got pushed back, but the already released update hasn't made it to my phone or any other s20+ owner I personally know. Each of us have no 5G data even with full bars of 5G.

Galaxy S20
first check the APN on your phone, it might didn't install during the update or try by creating a new APN with the following settings .
by the description your problem is with the network either APN or a setting is turned off


Also, do you have the R15 SIM card from Tmobile installed??

Yes, the APN information is correct, I checked that with T-mobile when I first contacted them.  It's through this conversation that I learned of the "R15" SIM card, so got in touch with T-mobile, and they're sending me that card, as I did not have the "current" version in my phone.  We'll see what this does for the problem.

Galaxy S20
sounds good.
good luck and let me know if I can help with anything else.
0 Likes
Share
Reply