I recently purchased a Samsung S20+ 5G on Verizon. The Voicemail app has been extremely slow from day 1. Any action in the app has a delay between 5-10 seconds. Even benign actions, like clicking on play/pause or the speaker button have the same delay. The slider doesn't keep up with the voicemail as it plays. It really is unusable. I have worked with both Verizon support and Samsung support with no luck. We have tried everything under the sun EXCEPT factory reset, which I'm not willing to do (I really, really hate setting up a new phone).

I work as a computer systems engineer, so I'm pretty techy, but I'm not a phone expert. My phone has all of the system and app updates, including the recent system update from January 1st (G986USQU1CTL4) and my phone is running Android 11.

I am frustrated by the Voicemail app as it seems to be the only app that I can't replace. I can use Google Phone and Messages -- no problem, but not the Voicemail function in that app or Verizon's Visual Voicemail, which is blocked from download. Below are the major things we've tried. All my other apps work fine and operate at normal speed, both on Wifi and on Mobile data (as I'm told the Voicemail app uses Mobile data only). Both the Samsung Phone and Google Phone apps work normal. Having one over the other doesn't make any noticable difference. 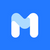 You will need to speak with your carrier regarding any issues using their services.