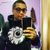 Galaxy S20
Anyvody was on beta got the December patch update & was no longer able to access Beta Mode Of samsung members????
S20 ULTRA on t-mobile

Galaxy S20
I submitted that exact issue to them early this morning, haven't heard back yet. I still have beta apps I'm using currently .
0 Likes
Share
Reply

Galaxy S20
that's what I got, it's the same update# as the final UI 3, but I don't think I have the final version
1 Like
Share
Reply

Galaxy S20
okay was wondering, is Your Samsung Members App still able to view the Beta Forms? or just the regular ones? did you have the beta Updates beforehand
0 Likes
Share
Reply

Galaxy S20
No I am no longer able to view Beta Forums, just regular. I did have Beta updates before6
0 Likes
Share
Reply

Galaxy S20
I have the Galaxy S20 Ultra with Sprint/T-mobile and I received an update on December 15th that's identified as the November 1, 2020 security update. I had the beta One UI 3.0 11 installed until I received this supposed November update and it removed the Beta banner and Community feedback from my phone. This update only consists of 251.66 MB and the update version is: .....CTKH.

I would like to know if this is the stable update and why it says November security update and not December. Hopefully, someone will provide us with the correct response.

I found this on you tube
0 Likes
Share
Reply