Galaxy S21
I'm looking for best practices for maintaining my phone's battery life. Specifically:
I know I should stop charging the battery when it reaches 100%, but if I unintentionally allow the battery to continue charging after it has reached 100%, will the battery's life be adversely affected?
How low should I allow the charge to fall before it's time for recharging - should I let the charge fall to almost zero, or is it better for the battery's life to start recharging at a higher percentage?
Thanks for your advice.
0 Likes
Share
Reply
2 Replies 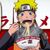 Galaxy S21
You're fine with allow the phone to fall below 30% then charging, most ideally you would want to stop charging at around 75-80% but in all honesty the benefits are not substantial at all. I think you would be fine by just not over charging it by plugging it in at 50%+ and you should be fine.
1 Like
Share
Reply

I found terrific, well-informed information on maximizing the life of lithium-ion batteries (li-ion and polymer) at Battery University, which is sponsored by Cadex Electronics. I am pleased to credit them for the information presented below.

Although battery life is commonly measured in charging cycles, environmental conditions, not the number of power cycles alone, govern the longevity of lithium-ion batteries. For longest life, batteries should be kept cool or slightly warm. The worst environment for a lithium ion battery is to store it at elevated temperatures. The next worse environment is to charge a battery stored at below freezing temperature.

A full charge (100%) is not necessary. Random, partial charges are better.

It's better to not use up almost all of a battery's charge before charging. Deep discharges (i.e., charging from close to 0%) wear a battery down. In addition, allowing the charge to reach 0% can turn off the battery's protection circuits.

Under normal circumstances, it's not necessary to disconnect the phone from its charger once the battery reaches 100%, because charging stops when the battery is full. But it's a good idea to disconnect the charger at that point - if that won't be inconvenient. If your phone is powered on and working (even if only performing background activities) and thus using power, the charger will charge the phone again if the battery level drops enough below 100% to be recharged, and this constant trickle of charge will contribute to the decline of the battery's life

But it's not nearly that much of a decline that you have to wake up in the middle of the night to unplug your phone from the charger. Most users do not disconnect the charger as soon as the battery reaches 100%, and this practice is safe. Nevertheless, the best way to charge a phone is with the phone is powered off.

Always keep the airflow around a phone unobstructed!

You can disrupt a charging cycle at any time if you need to use the phone. This causes no harm.

Finally: Most people know this by now, but it bears repeating: A lithium-ion battery does not have a memory.
1 Like
Share
Reply