Galaxy S21
Anytime I receive a voice-mail il get 2 exact same notifications and can not get rid of em until voice-mail is checked. Ones not bad but 2 stay on there and its annoying.  How can I fix it?
8 Likes
Share
Reply
26 Replies

Galaxy S21
Is this a cheat code to stop the duplicate notifications?
0 Likes
Share
Reply

Thank you for reaching out. I can certainly understand your frustration with the double voicemail notifications and would be happy to look into this further for you. Next time you experience this symptom, can you please provide me a picture of what you are seeing for double notifications?

Galaxy S21
Why do you need a picture? It's self-explanatory. Instead of one voicemail notification, there's two. How about providing a solution instead of dragging out the problem?
3 Likes
Share
Reply

That SIMPLE request was to HELP YOU because your phone AI is more complex than you could even begin to imagine.   I'd almost bet my life savings that you didn't do any user troubleshooting or diagnostics. You probably didn't do anything except be a rude ingrate when someone genuinely tried to help you. A screenshot of the detailed notifications would have given them more information than you are presumably able to comprehend.  Details are needed to find and address the problem; if you don't like complex machines....get over it.  Automation is here... and you don't exactly present yourself as a savant.  Oh, and BTW....   my Galaxy did the same thing... at first glance, I thought it was an identical duplicate notification..... but after looking at both in detail I realized that one was from the Galaxy phone services app while the other was the Google Android phone services...   Also, I've been able to find the same issue on other galaxy devices that were using the dual app or dual messenger feature while also having 2 google accounts signed in with both accounts being registered with the same number... I've probably already lost you..  but I hope I wasted enough of your time to satisfy the "Galaxy" of your debt to karma and goodwill.

I do however hope you're able to fix the issue with your phone and have a good rest of your life. 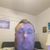 which VVM app are you using? the pre-loaded t-mobile or 3rd party?

it looks like the vvm is from eSIM, which carrier do you have for eSIM?