This is an open letter which I will be posting on a Samsung forum when I finish this.  Everything I will say is either a statement of fact or is my subjective response to these facts.  This letter is going to a “servicehead,” which I assume is still low on the corporate totem pole (no offense intended). You might pass it up the chain. That higher level contact information is not made available to customers, that I could find, anyway.

After 10+ years of being a loyal Samsung Galaxy user (since the S2), I am divorcing you.  I’ve had minor issues before with phone performance after obligatory software updates, but nothing like what happened last week when, as the result of your latest software update (which I tried unsuccessfully to fend off since I was traveling more than 2,000 miles from home), my phone was rendered unusable.  The home button stopped working. The back button stopped working. The screen kept going black, forcing me to repeatedly reboot the phone.  I read multiple forums and tried what others had previously tried to fix the problem, but with no success (by the way, you might check those forums; there are a lot of people quite angry over the same software update issues).  I realized finally that I had no choice but to do a factory re-set, as an absolute last resort. I did not want to; I tried hard to avoid it and failed.

Before doing the factory reset, however, I was very careful in backing up the phone to Samsung’s cloud. Samsung listed all the apps and such, asking me to check what I wanted backed up. Everything was checked – apps, contacts, programs, etc. – so I clicked ‘okay’ for the reset.  Then the real problems began.

Ironically, I had just commented to my brother earlier that day that if I ever lost my password locker I would be absolutely lost, in royal proportions (I believe my actual language was more colorful). Every password for every part of my life – medical records, Social Security, credit cards, IRS, etc. etc. was in there. Losing them would be nothing shy of a total disaster for me. A psychic moment?

You already know what I’m about to say: of more than 100 apps. in my phone, only about 50% came back to my phone from the Samsung cloud. Most importantly, the sacred password app, was also gone. GONE. Added to these missing apps were more than half of my contacts.   What was there, however, were all kinds of game apps and other services which I had not asked for, nor did I want. These were like rubbing salt in the wound and only infuriated me further.

Of course, I immediately called Samsung support for assistance. The very kind young woman with whom I spoke tried for nearly an hour to help, without success.  I was not going to unleash on her for what was clearly not her fault but I imagine many others are not so restrained. These poor front-line techs. They need a raise for being on the receiving end of what is actually your responsibility! But I regress. The tech tried relentlessly to find and restore my password locker app and my lost contacts. We ended up getting caught in repeating loops (enter PW, sign in, click here, press there, back to enter PW. Over and over). After nearly an hour, she inadvertently dropped the call during one of these loops, and I was suddenly listening to a request to complete a satisfaction survey. Seriously? I was too angry, distressed and overwhelmed by then to even consider it. If you hear my anger now, home again and rested, you can just imagine what it was then.

Here is the bottom line for why I am leaving Galaxy after all these years: I can no longer trust your technology. Given that you’re in the technology business, this is not good news - for you.  I cannot trust that your next software update isn’t again going to render my phone useless and I am not willing to take that chance (yes, I know full well that updates are important; that’s not the point). What is the point is that if I cannot trust your updates then it makes no sense for me to use your phone. Loss of trust is a deal-breaker. End of story.

I do not want a new Samsung phone. You might offer to pay off the balance on my impaired Samsung phone as a matter of integrity, but it won’t change my mind either way.  What I would like very much, though, is an apology for the enormous inconvenience and upset that your product has caused me, both while traveling and is continuing still, as I endeavor to recreate more than 100 lost passwords and rebuild my contacts list. This alone will tell me who you are.

You have some work to do.

Ouch, if only there were options for full image backups to the cloud.  Just in case a user needs to restore everything 100%.

I miss when we had unlockable bootloaders, it was so much better to do a full nand backup instead of relying on cloud services.

Galaxy S21
I have never trusted these things. I do manual backup if am about to do a system reset.
1 Like
Share
Reply

Galaxy S21
You could have just backed your phone up to your computer with Smart Switch. I back mine up once a month just in case. It's technology, it's just as fallible as people.

Galaxy S21
The only proper method to back up a phone is to a desktop, or laptop or tablet... using SmartSwitch.

The second method we use is a raw image backup of the phone. So we have two backups done every couple of weeks.

We also export our password lists to a separate file that is stored on three different and encrypted storage devices. So even if the phone can't be recovered, we have all logins available.

The Samsung Cloud default free service expired long ago. Unless someone is on the pay plan, it can't be trusted for a complete phone backup.

A smartphone is nothing more than a miniature desktop or laptop and must be administered as such.

And I'll bet, even then, 96% of folks don't backup their computer or perform routine maintenance. That behaviour filters down to smartphones, but it's worse, because folks are overly trustful their smartphone will last forever. Similar to those who stick the key in their ignition and go ... and never get their vehicle maintained - eventually it will die in a big way.

Bummer about the OP's situation - it's a sinking feeling to have realized account info is gone.

Galaxy S21
Well said, I back my stuff up in a few places.
2 Likes
Share
Reply

Galaxy S21
Hallway i was just shaking my head. Next time break up the paragraphs so we can enjoy the reading.
2 Likes
Share
Reply

Galaxy S21
.
Yea, agreed. I stopped reading after a couple of sentences because of poor writing style. 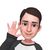 Galaxy S21
Ok. I see as everything your foult my man.
If you are in trouble with your phone, you go to a specialist to fix the problem . What you did is i truly sorry as a Sasmung man.
Next time can happen again with iphone , at least you lern do do anything if you don't know . Better to give the phone to a specialist, if you have insurance you go to your provider and the problem solved.

So basically Samsung pass keeps all passwords if you log in and give permission before. Otherwise you lose, but why you lose, you didn't check everything that's why .
There is no way to check everything and before you lose. You are trying to lie to us my beautiful man.
Please understand what you did , this is why you did not Samsung.
Your hands, I'm very sorry for you really
2 Likes
Share
Reply