S21 Restarted overnight and now phone will not charge, Bluetooth not connecting, photos upside down 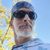 Woke up this morning very late because for some reason my phone decided to restart last night and that function is turned off and I did not get an update which sometimes triggers that... Thus it killed my alarms which led to me being late for work this morning...