I ordered my S21 Ultra 128g titanium on Jan. 27. No where on the site or any notice from within the ordering process was I notified of any type of delay. I first started calling about 10 days after my order as it has been shown under the status from day one as "expedited". I spoke with a rep and they said because I ordered titanium that it would be longer since it was a special order. I was seriously unhappy with that response since NO WHERE on the site or within ordering process did it say that special color schemes (or the like) would take longer to process being a special order.

They couldn't give me a timeline, only that it's *expedited* in the shipping process order status. The add-ons were free but they have a ship date of March 31, but it doesn't say that the phone itself will be shipped on that date. Is the wording to upkeep hope that the phone will come sooner and the rest at the later date or that is the overall actual date of the phone shipment but they don't want to ward off buyers for taking so long? Who knows (I'll admit I wouldn't wait because the point of getting the newest release is that one gets it relatively close to that release date).

Anyway, I tried to cancel three times and after the third time when a rep said it could be done, I received an email saying that due to manufacturing process it has to remain in the system, that I can just reject it when it gets shipped to me (this was said by the first two phone reps). Seriously, that is how one cancels an order, like they're making it appear that it's a carved in stone process. This is yet another way to get the customer to just take the phone upon arrival. So, I ask if I order a black phone how long that would take, they said about 2 weeks. But after reading how some here are waiting a month for just that color scheme, I am totally put off .

Here's the real kicker; just got an email today (February 19) that my order is now delayed (remember what I said about March 31) and that my phone will ship no later than April 7 (or before). So this kind of confirms that my order wasn't going to ship until March 31 along with the add-ons. Just WOW, two and a half months after ordering this device will I get it. Darn, that will be pushing into the next Samsung releases of phones!

Ordered S21 Ultra Titanium on Jan 27, got email saying that it won't be shipped until no later than April 7, that's about 2.5 months! :grimacing_face:

Edit update: having a online chat abt the delay the rep abruptly ended that chat. Now trying to get back has an even longer wait. This is customer service for you. I am just going to reject the phone when it arrives. Not taking a phone that's near halfway though a release cycle to the next release in August.

Galaxy S21
This is how it is shown on the Shop Samsung store app. 4 to 5 weeks before it ships. 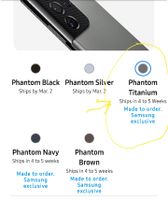 Right, but it did not show that when I ordered it on Jan 27. I wouldn't have waited that long. It's easy to show that now, don't ya think? 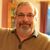 Sorry, we're all suffering.  My ear buds have been pushed out 3 times since I ordered them.

My latest email cited the cause as weather but 5 weeks has to be related to a supply issue.

I would think that this obviously wasn't something Samsung wanted to happen but I do wish that Samsung would make an announcement with the reason.

Right, but they should be totally upfront on delivery times. As I stated in my OP, my phone still says it's in "expedited" status under my order number, with no delivery date(s). The reason I initially placed my here is because I got a $200 credit + an additional 5%. I used the credits to get the buds and charger free, with the trade in on my current phone ($550) I would get the S21 ultra for $649.  Interestingly, if I really wanted one that bad, I could go to Best Buy and get it right now, no issues and trade-in the phone I have now. I'd get $50 less on that trade-in and no $200 credit, so that's what got me here in the first place. shopping around.

This is outright bad customer service and a total lack of transparency!

Galaxy S21
just to let you know, I ordered the s21 ultra 256g from best buy on Jan 22, still don't have it, still says in progress and best buy is just as bad as directly from samsung, no one has any answers😢
3 Likes
Share
Reply

It said the same thing when I ordered a 512GB Phantom Titanium on Jan. 17th. I was willing to wait, but now I'm uncertain since as of the 13th I was notified they don't have any real shipping ETAs since they don't even have product to even ship.

my unlocked S21 titanium just got pushed back to "on or before March 3rd" which I know they're only using "weather" as an excuse.

all you have to do is a little research to see it's completely a supply issue and Samsung does NOT want to be honest about it.

just look at the STT thread... Samsung shut that down with a "solution" now no one else call reply with their own delay story

Galaxy S21
If I can ask, when did you order it?
0 Likes
Share
Reply

Mines on the FedEx truck, stuck in Texas.