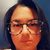 I been using the screenrecorder to record my video chats with my fiance. After  October 28th it stopped recording my voice. It records just my fiancé voice. At first I thought it was my headset so I had that replaced. But nothing my voice isn't recorded. I tried without using a headset also my voice isn't recorded. I tried mic and media nothing. What can I do to have the screen recorder record both our voices as it was doing before