I've noticed something odd once updating to the official Android 13 update (used beta before). This never happened during the beta.

But, apps are crashing with the system telling me the app has a bug and to clear the cache. Doing this doesn't help. Right now, Gmail won't open. Samsung Members opens, but crashes when opening a post or trying to create a post. Reddit crashes when switching accounts. This is what I've found so far.

Yesterday while using Android Auto, the whole phone crashed and multiple things popped up saying it crashed, ie hit the restart button and it says "System Process has crashed"

Is this only me?

Galaxy S22
Just wanted to update that after a second restart (restarted before posting this), things are working again. I'm leaving this up as this update seems to be unstable at least for my phone.
4 Likes
Share
Reply 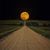 Galaxy S22
Some apps aren't optimized for Android 13 as yet. It's not Samsungs fault, it's the app. Check and see if you updated all your apps
1 Like
Share
Reply
Solution

Galaxy S22
I don't know how you knew to try this, but it worked, at least so far!! Thank you!
1 Like
Share
Reply

I am glad that my solution worked for you.

This did the trick, all started after latest update of WebView (I'm in the beta program) 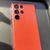 Galaxy S22
Exact same thing happened to me. Turns out it was themes. Put the phone back to default theme. Went to recovery and cleared cache and rebuild apps. All apps working again. The apps that were FCing for me were Gmail, 24GO, Samsung Members, Amazon.
1 Like
Share
Reply