Galaxy S22
I bought this phone 3 weeks ago, up until yesterday the phone had been charging great. With a Samsung 45w charger and 5 amp cable, my Kill-a-Watt device would report 45 watts if the battery was below 10% or so. Then it would always work as designed, with speed/watts progressively slowing as the battery percentage went up. It would take about 1 hour to charge from a 5% level. I also own 3 Samsung Super Fast Chargers, and those also work great. When plugged to my S22 Ultra, the Kill-a-Watt at the power outlet would report a consistent approximately 25-26 watts for most of the charge cycle, slowing down when above 80% or so. All of those chargers continue to work as designed on my wife's S22+.
All battery settings for fast and super fast charge are enabled, plus I have also tried toggling these settings off and on. Adaptive Battery is selected off, even though I also tried switching it on. One UI version 5.0, Android 13, latest baseband version (S908U1UEU2BVK1). I have cleared "USB Settings" cache and data as recommended by Samsung. I have cleared cache from Recovery as well. I have tried different combinations of 25w and 45w chargers and 60w and 100w (5amp) cables. As I said above, all of my chargers and cable continue to charge my wife's S22+ perfectly.
As of yesterday, the S22 Ultra will no longer charge at fast or super fast speeds, despite the fact that when I connect the 45w charger and get the blue circle and modified charging icon, as well as it shows "Super Fast Charge 2.0". The 25w charger when connected shows "Super Fast Charge" as expected. However; the charging speeds are stuck at 15w as reported by the Kill-a-Watt device, and 10-12 watts reported by the app accubattery. It now takes nearly 2.5 hours to charge from a 10% level to 100%, that's more than double the time I used to get. Is anyone else experiencing slower charging speeds? I have seen a couple of other reports of a similar issue, one person says that Samsung ended up having to change their PBA (Printed Board Assembly?). If that's the necessary step to fix the issue, would I lose the waterproof characteristics? Should I just request a replacement phone under the warranty? I'd rather not lose waterproofing on a 3 week old phone that costed me a lot of cash. Anything else I should try before moving on with a warranty claim?
Thank you and I appreciate any ideas, suggestions, experiences.
3 Likes
Share
Reply
13 Replies 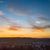 Galaxy S22
My only guess is the phone is heating up too much during charging. Either something internally is damaged, like the port, or the battery is damaged, causing it to heat up excessively. Have you had your phone in salt/chlorine water, or does the phone get very warm during charging?
0 Likes
Share
Reply

Galaxy S22
Thanks for the reply. Prior to the issue, it would get slightly warm after 20 minutes or so (SFC 2.0), now it doesn't get warm at all as it charges at 10/12w. No water damage as far as I know and that phone is always on me.
0 Likes
Share
Reply

Galaxy S22
If there isn't any damage or cause of damage, you should contact Samsung and have them check/replace it because it seems like a malfunctioning/faulty component in the phone, or the software is incorrectly limiting the charging speeds.
I guess you could also try factory resetting the phone to see if the issue is fixed, but that is up to you.
0 Likes
Share
Reply

Galaxy S22
You are right, it feels like some type of limiter or "circuit breaker" triggered and I can't find a way to "reset it". It's frustrating because I invested so much money on the phone, SFC 2.0 chargers for home and travel. Disappointed. Samsung sent me over to a UBIF location and they said that they couldn't find anything wrong except the slower charging speeds. Duh. Anyway, they told me that the only thing they can do is replacing the charging port and if I need a new PBA then I should go or mail my phone to Samsung. They don't know if replacing the USB-c port would fix the problem, so more of a troubleshooting step. Well, in that case I'd rather just have Samsung replace the phone.
1 Like
Share
Reply

Galaxy S22
I have a few Monoprice, Amazon basics, and even Anker...all 100w.
0 Likes
Share
Reply

Galaxy S22
Have you tried clearing your system cache and repairing your apps.
0 Likes
Share
Reply

Galaxy S22
I cleared cache but forgot to repair apps, good reminder. I will do it now.
0 Likes
Share
Reply

Galaxy S22
So, I just repaired apps and cleared cache again. Also, rebooted into safe mode and nothing. As soon as I connect the phone to a 25w charger the Kill-a-Watt reports pulling between 0.0 to 0.3 watts for almost a full minute then jumps to 15-16w and stays there. Accubattery shows 10-12w on the phone. Same behavior is present with a Samsung's 45w charger. For comparison, with my wife's S22+ and a 25w charger the Kill-a-Watt shows about 10w within a second, then a couple of seconds later, 25-27w pulled off the wall.
1 Like
Share
Reply