I recently purchased a new S22+ while on holiday in the US (I live in Europe). While on holiday I loaded an esim from Visible (Unlimited plan) and used it during my holiday. I also used the Hotspot function while on a road trip with my kids. The problem there was that only one device was allowed to connect to the WiFi hotspot of the S22+. It also stated on the Visible website that only one device was allowed on the Hotspot so I thought it to be a limitation pushed by the esim configuration. I bought an unlocked phone. After I got back home I factory reset the phone (including removal of esim subscription) and loaded my physical SIM card from Europe (Netherlands). This worked fine except for the Hotspot. It still only allows one simultaneous client to be connected. Whichever is first wins (which creates a whole new dimension with the 2 kids on the back seat of the car ;-)). There is no configuration option for maximum connections in the menu but it is available on other Android phones so maybe that option got set somehow and was not unset with the factory reset. I'm a bit unsure how to fix this issue, any help is appreciated, thanks. 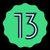 Galaxy S22
I am on T- Mobile and I tried 3 devices and it worked.
0 Likes
Share
Reply

Thanks for the reply. It also works fine on my S10+ but I am in the dark on the reason why my brand new S22+ is having the issue. It appears to be software related as far as I can grasp the issue. But even with factory reset (and a second try with networking reset) it keeps stubborn to allows only one at a time.

Unfortunately this is stll in issue with my phone. Any advice would be highly appreciated.

I've tried debugging with ADB but I don't know what to look for.