I am new here to this forums but definitely not new to samsung since me and my family have been using samsung phones for the past 10 years at least and we were pretty happy until now. I just wanna mention that ive tried searching about this problem and see if it happened to other people as well but ive tried my best and havent found anything except one old reddit post (about S21 or 20 Ultra) which had the same screen flaw but even he didnt get any answers. Anyway, I wanna share my short story. I got a brand new S22 Ultra with warranty and everything. After I decided to completely switch to it and start using it I realized there something strange with the screen, right where the fingerprint area is. It was kind like a pop/click sound when i pushed it a little bit hard. The best way I can describe it is as the screen wasnt glued well in that area so the screen kinda glued down and poped back up immediately (or maybe not glued at all). It has no effect on the display itself or the touch quality from what I remember (just the glass so far). But I do wanna mention that I found it out immediately after setting up my fingerprint scanner since it is right there so it definitely something that bothered me - I heard and felt that really well. After I didnt find any help online I wrote a post myself on a reddit community (I can link it if someone wants). After few replies that told me that this stuff is definitely not normal and to return it ASAP I decided to do so and contacted Samsung. I gave them all the information they asked and I even send them a video with the issue. The samsung support then told me to go to the nearest store/lab to examine it closely. So right the next day when we decided to drive there our car broke up in the middle of the road and so we had to go there only next week. Then we came, the people in the Samsung store told us they have never seen such a thing and I said that so am I. Still they said they can not help me since the lab has moved recently and now I had to drive to another location (Thanks samsung, and you yet haven't update it on the website). And finally when we came there the guy told us that according to the laws, 14 days have past I cant reutrn it, only to repair. I said thanks but no thanks. I haven't bought a brand new phone to replace it screen immediately and with a chance to mess with it or even damage the sealing/waterproof. I didnt not buy a phone with a defected screen or with a replaced screen, I would then better off with buying a renewed one (would be cheaper). Annnnd so I am here, with no answers and with no phone, It is still in their store.

Can someone tell me if thats OK? What can I do now? what are my options? Did anyone had such a thing before? Ill be really sad if now my brand new phone will have to go through a screen replacement.

Sorry for venting maybe too much but I am kinda annoyed right now that I have to go such a thing with an a brand new phone. Yes I know its the official  samsung retailer and they maybe more knowledgeable and professionals at this but hey, dont samsungs policy says to send them back phones with faults/defects? especially one that no one have never encountered before?

Get it repaired as Samsung will pay for it completely and you'll still have the warranty too. It is passed 14 days for the return period, so there is no returning for a refund/exchange.
You can find the warranty information here: https://www.samsung.com/us/support/warranty/
Also, if you would, could you please edit your post into a few paragraphs? It is very hard to read otherwise.

Get it repaired as Samsung will pay for it completely and you'll still have the warranty too. It is passed 14 days for the return period, so there is no returning for a refund/exchange.
You can find the warranty information here: https://www.samsung.com/us/support/warranty/
Also, if you would, could you please edit your post into a few paragraphs? It is very hard to read otherwise.

Galaxy S22
Call customer support and tell them what you have done and were told. They may authorize a replacement. To be honest, I would just let them do the repair. It will still have the same warranty you currently have since it is being done at a Samsung lab.
0 Likes
Share
Reply

Galaxy S22
The replacement will not be a brand bew phone but a refurbished one.
0 Likes
Share
Reply

Galaxy S22
Did the lab not say that they would replace your screen? If so, just have them do that. You will still have your phone with a new screen.
0 Likes
Share
Reply

Galaxy S22
To answer your question: yes, the treatment you received from Samsung is completely normal for their customer service, unfortunately. You should have returned the phone immediately, too bad you had to learn it the hard way.
Here's my story, few years ago I bought a brand new Galaxy S10. After I got home it looked like the phone had issues with LTE but initially I was blaming it on my carrier. After few weeks I realized that the issue is more serious and it's not the carrier but the phone. Unfortunately by the time I realized the problem it was too late. I spent countless hours with their customer support on the phone, I've been lied, I've been ignored, I've been suddenly disconnected... you name it. They wanted to replace my phone with a refurbished one, which I refused and continued to request a new phone since the phone was defective. I even reported them on BBB and someone from their corporate office called with more excuses but still refused to replace the phone. Long story short, Samsung is good as long as you don't get a defective phone.
I currently have a S22 Ultra, which after few months started suddenly freezing and rebooting. I factory reset it but it's still happening so it's possibly a hardware issue but I don't want them replace with a refund so I'm holding on, waiting maybe they'll push an update that will fix it. 🤞
0 Likes
Share
Reply

Galaxy S22
I'd say yes and no to the thing they did, but only because of the fact the screen of the phone shouldn't have had a defect to begin with. I know Samsung is a reliable company to me, but I'm not loyal to any brand whatsoever. I think this time around they should focus more on the customers than just their brand alone, since that's what keeps the numbers going up and down.
0 Likes
Share
Reply 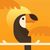 Galaxy S22
I've been having an issue with my screen on the flip 3 z. It has uplifted twice and both times was pulling teeth to get the samsung store to fix it. There is an issue with the phone frame but they refuse to fix it (even under warranty) since the phone itself is functional. Customer service is no better. They want to have the phone mailed to Texas to be looked at. Getting it back will take around a week and they won't give a loner. I've been a long time samsung customer and now I'm done. Customer service has gone down and the people employees are rude.
2 Likes
Share
Reply 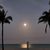 Galaxy S22
I didn't read all that mess. Just wanted to suggest getting the protection plan from your carrier fir these kinds of situations. I've had that same problem and just had to pay 200 for a brand new phone
1 Like
Share
Reply