After yesterday receiving and updating my S22 Ultra to the latest security version, it stopped connecting to my carrier's network. Mind you, this has never happened before and it happened IMMEDIATELY after the phone restarted after the aforementioned update. There were no such issues with the previous updates. Now it either shows the MM sign in the upper part of the screen saying "Unable to connect to <my carrier's name" or it just says "SIM 1 is not allowed".

I believe that I have tried everything in my power - restarted it, reset network settings, enabled for at least 30 seconds flight mode mulptiple times, reseated the sim-card and cleaned its contacts, tried a different sim-card (albeit from the same carrier) , tried the second sim slot, tried using the second sim-slot, force restarted the phone (power button + volume down), tried the sim-card on 2 other phones and it worked, reset all settings, factory reset the phone, reset it without loading a backup so that the issue wouldn't possibly be caused by the backup itself, updated via the Odin software, deleted the partition and even factory reset via the recovery mode, via Odin updated to an earlier version (same issue) and then updated via Wi-Fi to the latest (again, same issue) - it still shows "SIM 1 is not allowed"

The phone is not carrier locked.  The sim card appears in "Sim card manager" . I tried different network options from "automatic 5g, 4g, LTE" to regular 3g and 2g, yet it didn't yield any results. I tried to enable manual network search but it would always get stuck immediately on "automatic" and show "Error while searching for network", until I change the network options but then after choosing my carrier or any other it just shows "Error while searching for networks" or "Unale to connect. Try later". Also, I have tested the cellular in Samsung Members app but it just showed "Sim card - Normal" which isn't really telling that much.

This is not a hardware issue since it appeared immediately after updating the device to the latest security version. And if it is, then that means that this update somehow (I would believe that this is almost impossible) created a hardware issue. I initially purchased this device because of it being supported with updates for a long time, yet I get this on a quite an expensive device. This is not the software "support" that I would expect. I understand that your support won't be able to help in this case since this issue is quite complicated and that the software engineers will never even see this.

This is my first Samsung phone and it will be the last since something like this is unacceptable. It worked for 4 months without any issues and then comes this update, and it breakes a core function of a PHONE.

Galaxy S22
Return the product. Same started happening to me. ContactEd Samsung. Diagnostics run, EVERYTHING was wrong with the phone. Mailed it in. Just got notice that said LTE Registration failed. It's the device...
0 Likes
Share
Reply 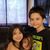 Galaxy S22
This just started happening to me as well we just moved into a bewmy constructed apartment buildings and assumed it could the area since before this was built the prior building had been long since been abandoned like I was 9 when I moved here and it was long time left abandoned then I'm 31 now. So I thought it may be there's not much in the area. However my note 20 ultra is working find and my husband fold 3 but the s22 not at all
0 Likes
Share
Reply

Galaxy S22
My galaxy21 is telling me there is no sim card. But I did a diagnostic test and the sim card was normal. **bleep**
1 Like
Share
Reply

Galaxy S22
I was on the phone with Verizon for 3 hours last night. I also went and got a replacent sim card at the verizon store. The first of four people I spoke with said, that if the sim card replacement doesnt work, Ill need a new phone. But no worries because I pay $17 a month for insurance so getting a new phone will not be an issue.The replacement sim card worked for the test call at the store, however 2 minutes after leaving, I got the Sim card error message. Proceeded to talk to 3 more people from verizon. Now I have a 48 hour ticket with the engineers. Then they will get back to me. Was told that ultimately I have to do a factory reset before I get a new phone. I was unhappy because I have no idea what is/is not backed up. Guy told me I would have the same issue if I got a new phone. Ummm nope. Because I can share all my stuff from one phone to the next. I was extremely unimpressed.
0 Likes
Share
Reply

It sounds to me that you may need a new SIM card.  Perhaps your carrier deactivated your current SIM card, as it says not allowed, not not detected or something to that end.  It does not matter if your phone is unlocked, if the sim is not allowed by your carrier.  Go into a <your carriers name> store and see if they can replace your SIM card, or get you an eSIM activation for your account.