I'm having a problem where pics won't save to SD card when taken from the built-in camera app, but if taken on FB, snapchat, instagram or any other app with camera access they will save. It's getting frustrating that my actaul pics just turn up as "corrupted" with an all gray background and an ! on the screen after taking them. Please help this is getting beyond annoying.

Same problem, brand new S8 Active.  It first claimed that I needed to format the card. I removed it and saved the files to my computer, re-inserted the card and it worked for a couple of days.  Now it will not recognize that the card is even in place.  Yes, I have double checked to ensure it is seated properly.

I bought a sandisk extreme Brand new with the Phone in August, only recently has it started having problrms with reading the sd card. i dont believe its the SD card, I have had to format and lose all my data 3 times and still no fix. I believe Samsung need to release a update which fixes it, because from what we can see its definitely a Software failure!!

Same problem I have fir last few days. Photos from sd card just disapear and apear again after a while. Any solution?

Same problem here. I purchased the phone in July and didn't have any issues an update was pushed to my phone last week. Then on Friday, 11/17, it started. I woke up to find that my sd card is no longer recognized. I tried taking it out and putting it back in again but it still won't recognize the card. I tried the card in my samsung tablet and it works fine. I was going to purchase a new SD card but after reading this post, it seems like that won't help at all. I called the Geek Squad at Best Buy and they told me they couldn't help me over the phone and to contact Samsung. I called Samsung and their only fix is to transfer all my files to my computer, reformat my card and try again. If that doesn't work they want me to mail them my phone and be phoneless for a couple weeks. This is ridiculous. For the amount of money we spend on these phones, we shouldn't have these problems. Now I have a phone that is constantly mounting and unmounting my sd card. Typically I go home from a long day at work with 80% + in battery life, but today I'm at 68% after only a few hours at work because the memory card is constantly mounting and unmounting and/or "removed". I tried the "fixes" listed on this thread but haven't had any luck. Has anyone actually sent their phone back to Samsung? If so, what was the verdict? Where they able to fix it? If it was "fixed," did the issues come back later?

I'm only using my SD card for pictures/video, music and contacts.

Hey, Guys. I just wanted to jump back in here to clarify some information.
First, please keep in mind that our team here has limited support on international and/or foreign devices. The regional teams dedicated to those models may have further insight on the matter.
Also for those of you using older SD cards experiencing this problem, your card will corrupt with time from all of the read and writes on it.
I strongly encourage everyone to back up all of your data and wipe your cache partition.
After that, either reformat your SD card, or try working with a new card completely.
This issue has been addressed in a previous software update.
I hope this information is useful and apologize if these steps seem redundant.
Thank you all for joining in the conversation to help out the Community!

Same problem with Note 8 here using sd card with 256GB - it's very annoining! When the fix update will be release it?

Just did that (sd format and wype cache) a couple minutes ago and it seems have worked, but my sd card wasn't unstable, it wasn't being recognized by the s8 so I'll have to wait a few days to see the result properly 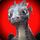