I am surprised there are no posts about this!  (Unless I've used the wrong search terms.)  If I'm busy on my Galaxy S8, like browsing the internet, or playing a game, a phone call coming in would not replace the screen you're on, which would startle you, but a small window would pop up at the top of the screen, and politely allow you to answer or discard the call without leaving your page.  Until recently, one of the other things it allowed was the option to maximize the screen.  This is now gone.  The window is tinier, and you can answer or discard, but not maximize.  Once you answer, all signs of the phone call in progress are gone, and you can't find a phone s reen on which to enter numbers, if requested to do so!  I recently opted not to wait 40 minutes to have my tech support call answered, but for them to call me when ready.  When the call ca.e in, I answered the tiny s reen.  The recorded voice told me this was the requested call back, and when (my name) was on the phone, I should press 1.  Well, there was no screen on which to do that!  As I searched through the available screens, there was no phone screen!  My anxiety mounted, because I had already waited over an hour in total!  This is an absurd feature for Samsung to have removed!  What possible motive could have propelled them to do this!  My experience was traumatic enough for me to reconsider Samsung in the future!  Does anyone know if there is something I can do, or set, to give me more control?  Thank you for your time and consideration!

Go to your settings, advanced features, then smart pop up view, scroll down to phone and turn it on. That should allow you to expand the call when you tap on it.

Go to your settings, advanced features, then smart pop up view, scroll down to phone and turn it on. That should allow you to expand the call when you tap on it.

I found it immediately, and turned it on, and wanted to thank you excitedly!  But I realized I hadn't tested it yet, so I'd better do so before responding; I was way too excited to have found everything as you described -- thus assuming I'd find success!  Alas, when I tried to call myself from my house phone, all I got was an even tinier version of a round photo icon of myself with an answer phone handset icon, only!  I clicked the entire image (it was smaller than the tip of my finger), and it answered the phone, and it also disappeared!  I tried it again, and for reasons I don't understand the tiny window I spoke about above was back, with no option for expansion.  Well, this was disappointing!  I didn't want to have to tell you this, so I thought maybe the change doesn't "take hold" until I've restarted the phone, so I did that!  I got the same small pop-up window again, with no option to expand.  I tried clicking on something other than answer or discard, and a strangely different pop-up window appeared, more vertical, and I think what it contained was a list of all prior calls, with my face icon on top.  I thought that meant I had hung up, but started getting strange sounds from my Samsung when I picked up my home phone!  After looking for a phone screen on the Samsung, and picking the handset up three more times with the same result, I decided to hit the hang-up/end button on my house phone, and that ended the sounds, so the call must have remained on!  But there was NO WAY TO FIND THAT CALL ON THE SAMSUNG!  No matter what they are doing and how they are doing it, it is unconscionable of them to make the actual call unavailable on a screen!  I can't hang up the call, I can't enter a number, and I'm left without any controls!  And now I even know that the lovely option to change that has failed!  I'm not happy to tell you this -- it sounds like I'm complaining to YOU!  I am not.  I'm very grateful to you and that you took the time to try to help me.  I'm complainging to SAMSUNG!  Hopefully someone pays attention to these messages!  At this point I'm just as perplexed and upset as I was, before.  Hey, is it possible to undo that double screen feature?  Just be interrupted full screen?  I think I'd prefer that to powerlessness!

Go into your phone app and click the (3 dots) on the top right. Open settings and turn off call-pop up 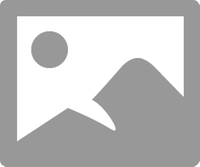 It is already off -- just went there and checked again.  I have really tried all the hints posted here, and am very grateful for all the effort being made on my behalf, but everything I've tried shows it's not working when I call my own cell phone!  I think I have no choice but to call Samsung -- perhaps there's something wrong with my phone, since no one else seems to be having this problem!  I am very grateful to you and the others!  Thank you,  Gigi
1 Like
Share
Reply
Reply
Loading...
Related content