Huge difference in software and development. Also google only gave pixel2 two major updates. It started with the newest version not the previous version like the s8 did. Google later changed it where all new devices released must be on the latest version and not the previous version. They also made it where it goes by year. If for example Android 11 released this year all versions on android devices Android 11 is a given and then 2 major updates after that. So if you really want updates without restrictions buy a Google device.

When will s8 and s8 plus get the android version 10

When will s8 and s8 plus get the android version 10...bcos they are both not bad at all

I hoping Samsung Have a heart for us S8 user's it be Nice I been a Samsung Fan in Good times and Bad time's...

So s8 is going to be my last Samsung phone.never going to butmy another Samsung device.A Samsung user since 2005

It won't. The latest major software update for the s8 will be android 9 Pie 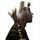