The ongoing saga with the LED light notifications...

I know there have been previous discussions regarding this issue but I haven't seen anything quite like the issue I've been having.

Updated to Android 10 a few weeks ago. I have my phone on silent almost 24/7 so I've always relied on the blue LED light at the top of the phone to notify me, usually for a text message, but it also flashes for an email and a couple of social media apps. I use Google Messages as my default SMS app.

So after the update, I noticed that the LED was no longer blinking when I received a text or email. I searched around online and came across some threads on this board from people who were experiencing the same issue: did the update, LED notifications stopped working. Some speculated that it was a coding problem in the new update, and that new Samsung phones no longer have LEDs at all, so the company didn't bother to make sure the LEDs would still work on older models.

Here's where I think my issue is a bit different than the others: I didn't expect anything to change, but I figured I would uninstall and then reinstall Google Messages. After I did that, the LED started blinking again whenever a new text came in (or it would blink for an email). After a couple of days, the LED stopped again, but the odd thing is that it would still blink when it was an email or a social media notification, but no blinky-blinky for a text. I did the uninstall/reinstall thing a few more times and it would work for a little bit and then stop. I've tried rebooting the phone, no dice. I tinkered with the Edge Lighting settings (which I've actually never seen function at all since I've had this phone) and nothing. I saw something about the NFC thing being on that could alter it, switched it off, nothing. I also tried some apps that supposedly make the LED work, but they were mostly a pain and didn't work.

I just want the dang thing to do what it's always done and gimme the ol' blinkaroo when I get a text. It's just so weird that it'll work for a bit, and then stop, but also that it works for an email, but not a text. The LED will also flash green for a Facebook message and a missed call (I think). So, would those things eliminate the problem as a coding issue? Any kinda help here is appreciated. Thanks! 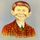 Re: The ongoing saga with the LED light notifications...

What you and I both need is an UPDATE from SAMSUNG.

This is a GUESS of Mine I am not expert on writing code for phones.   THIS IS MY GUESS.

When you update your phone with the reinstall of Google Message, the install changes some Operating System (OS) Parameters.   For a while, your LED works again and you are happy.   Here is my THEORY:  the Anti Virus sees this chage to the OS and compares it to what the OS should be (LED not working) to what it is NOW on your phone (LED working).   It attacks this change like it was done by a Virus and Chnages the OS back to Original.  Since the anti virus code takes a while to find this chage you think your phone is fixed.   This is my Guess as to why it works for a while.

I see other trhreads about LOCKED phones but none of that makes true sense to me.