Galaxy Watch Active Screen Popped off and Hanging by its Cable

I've had this watch for about two years, since switching from Fitbit to Galaxy Watch Active (SM-R500), and I've really loved it! A few weeks ago, I noticed the screen wasn't turning on and thought it might be low battery. I tried charging it overnight, but the next day the screen still wouldn't turn on. While examining the watch, I realized that the screen is now loose and can open like a flap. However, I could also feel the watch face buzz when touching the bezel or some of the buttons. I realized that it's actually not dead, just that the screen won't turn on, but otherwise I think that the computer parts of the watch are still functioning.

I feel like it shouldn't be hard to repair the watch screen if it's just a loose connection, but when I called around to a few repair shops, the cost to get it fixed would be almost as much as I paid for it in the first place! Does anyone have any advice where I could take it to be fixed, or if I could order some parts to fix it myself? 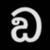 Galaxy Watch
Try bringing the galaxy watch to samsung and ask if they can fix it.
0 Likes
Share
Reply