My Samsung Galaxy watch keeps disconnecting from my bluetooth on my phone!

This problem started about two days ago, I'm getting bluetooth disconnects from my phone. I need a fix for this issue!

I have the same issue with a brand new watch.  When I go to the app and try to reconnect it says couldn't connect, try again (over and over again).  Works sometimes, sometimes not.  Blue tooth is on and paired.  Very frustrating for a new watch that is supposed to be top of the line.  Was so excited to get this as a gift and now disappointed that I must continually mess with it to do the things I wanted it for in the first place.  If I wanted just a watch that is what I would have gotten.  Please tell me this is not a problem with this watch!

Galaxy Watch
Can any one tell me a potential solution to my Galaxy Watch keeps disconnecting whenever I connect my Galaxy Buds+ to my Galaxy A50. It will randomly disconnect and when I manually reconnect it it connects for only a short while. Could it be a setting that needs to be changed?
0 Likes
Share
Reply

Are you using the Galaxy wearables app on your device?

Have you tried resetting the network settings on your device? Just as a heads up, it will erase any Bluetooth or Wi-Fi accounts you have set up on your device.

Galaxy Watch
I do. Ever since the latest wareables app update I had little to no issues
0 Likes
Share
Reply

Wonderful. I am glad the update was able to resolve the symptoms you were experiencing. Please keep me posted if you need any assistance in the future. 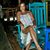 I had the same problem on my p20, it disconnected in every two minutes.

I tried things that are listed here, and the one where you go settings > battery > battery usage > one of the four apps > app launch > and turn off restrict unnecessary launches only.

Do this for all four apps.

But first I went to battery > app launch, which looks very similar, only that this one toggle is missing there.

I think this should work on every other huawei on the same android version, and most likely every other brand has the same problem, just in different menus.