"...because everyone is right handed...", not true.  Scientist generally agree the worlds' population is 10% left handed, as am I. Interesting note, in the past left-handed folks were viewed with suspicion and persecuted across history. The word "sinister" even derives from "left or left-hand."

Your first two issues seem to be related to software rather than the Note 20 hardware.

For the first one, you can probably find a third-party SMS app that can do what you're asking for.

For the second, that is more likely to be an issue with your carrier than Samsung.

For the fourth, only USB-C connectors are officially rated for the wattage that the included charger delivers. If you want a separate USB-C to USB 3.x Type-A cable, they're pretty cheap to buy for yourself. I got a pair of 6' ones on Amazon for about $15.

The third issue you note is a valid concern with this generation of the hardware. However, I'd recommend that you have a look at A Note 20 teardown and try to see where you'd put the stylus. The camera bump is already huge, if a stylus had to go on the same side there'd really be a problem. Also, concerning your handedness argument, the cameras being on the right side (as you look through the screen) are set up that way for right handed people. Samsung seems to have decided that more people care about the camera positioning than the styles positioning and I can't say that I blame them.
7 Likes
Share
Reply
Reply
Loading...
Highlighted

wow, for me, those are all very good points. I use solar V800 for working out. need a new watch for that. Sounds like that's the promise of the Samsung watch. it would be great if it interfaced with the phone with programmable workouts.
1 Like
Share
Reply
Reply
Loading...
Highlighted 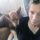 Dang that skins pretty bad!! I'd be ticked if I had all those issues especially for the money you probably put out!!!
0 Likes
Share
Reply
Reply
Loading...
Highlighted