I recently  bought a Galaxy Watch Active 2 and was super excited having been a fitbit user. After eating the watch for a few days I noticed a rash or burn began to form on my wrist. I decided to take the watch off and not wear it for a few days but the rash is still there. I am really bummed as I got this watch as a holiday  gift for myself.

Has anyone else had this issue? What did you do to get rid of the rash? Did you switch to a different smart watch? If so, which one?

I  was under the impression the active 2 is stainless steel. I'm not sure why this is happening but I refuse to pay ($300+) for something that is going to break me out.

Rash that formed after wearing the active2

I will gladly assist with your concerns regarding this.

If you don't mind sending a private message providing the full model code and the serial number of the watch so I can further assist? http://bit.ly/2GGYul4 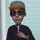 @userbbn8nGuHsN be sure to clean the watch everyday, maybe regularly if you're in a humid climate. Your skin will recover eventually, but a doctor can provide an accurate assessment. Also, it wouldn't hurt to inquire about the likelihood of an allergic response.


If my reply has aided your issue please consider liking it. If the problem is solved you may pick it as a solution.
0 Likes
Share
Reply
Reply
Loading...

I switch wrists when it starts breaking me out.

If you have a silicone band, sweat can accumulate under it, and that alone can probably irritate your skin. It's not necessarily the silicone itself, but it could be the fact that your skin can't breathe. I have a history of eczema and a nickel allergy, and thankfully, I haven't had any issues with my Active 2 watch. I have the bluetooth version, which is made from aluminum. Change the type of band you use, and see if the irritation continues. Honestly, your skin doesn't look THAT inflamed. Maybe it looks worse in person? How often are you wearing it?