I put my Samsung Galaxy Watch on the charger and woke up the next day with the sensor cover off. It had sticky residue on the back and my watch won't charge. I haven't had this watch not even a yr and I loved it but what can I do?

I am sorry to hear this happened.  I never heard of something like this happening.

luckily I had Best Buy warranty, they replaced it

looks like common issue. unfortunately, I expec it to happen again

Same exact thing happened to me and they want me to pay for water damage that wouldn't have happened had the cover (that's not supposed to fall off) not fallen off. 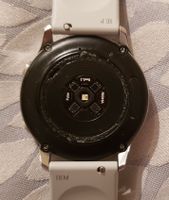 I'm glad that I'm not the only one having this same problem.  After many hours and being re-routed more times than I care to count, I was able to send the supervisor, ntcm_ag030@sea.samsung.com, a clearly visible picture of the back of the watch where only the adhesive is clearly jacked up (not even sure where the sensor cover is).  He said that he didn't see what I saw seeing, so I got a second opinion from a friend, who works in tech, to look at the picture and she said that it's clear that the adhesive failed to keep the cover on, hence the water damage.

According to Samsung's specs, the watch is water-resistant up to 50 meters (https://www.samsung.com/us/mobile/wearables/galaxy-watch-active/specs/ ).  How do you think they tested that in order to make that public claim?  WITH THE SENSOR COVER ON! Now they want me to pay them to repair my watch (purchased last July).  At this point, you can scrap it for parts.  I'll be moving to a new wearable and phone manufacturer. 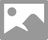 If you are experiencing these symptoms, could you please send me a private message with your model code and serial number along with photos of the watch.