Galaxy Watch
Does anyone know when the blood pressure app and ECG will be available on the Galaxy Watch 3?
3 Likes
Share
Reply
16 Replies

This from August 2020 posting on Samsung web site:

"The good news for those in the US is that Samsung has finally gotten FDA approval for two features: ECG and blood pressure tracking."

Today, I see that the EU has approved the Blood Pressure monitoring part and it is being rolled out in 31 countries (no mention of the US) starting February 2021.  It has been in South Korea for some time. But if that statement I quoted from Samsung is correct, they have had approval since August 2020.  When and IF are we to get it released in the US.

I called Pro support a couple days ago, and while the person was very helpful he could not find anything in his company sources about this at all.

Generally, with businesses, it is profit and sales that drive priorities and this may be a small piece for them.  After all, we already bought their devices so they don't get any more money from us for releasing the software.  Goodwill may not seem very important to the worlds leader in this cell phone segment. The arrogance of too much success perhaps.

Anyway, I can still use that BP function called "myBP Lab" by Sage networks that was developed in concert with the University of California at San Francisco.  But I would prefer having the one integrated with the Samsung software. 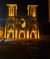 Galaxy Watch
It has approval by FDA here in US its just when will Samsung release it to us.
0 Likes
Share
Reply

Unless it's much more accurate than the BP Lab app, I wouldn't get excited. I sideloaded the version available in Korea, also inaccurate. I'm not talking a few points difference. I'm talking like 20 points, enough to make it worthless.

I also have used the BP Lab app and learned that technique is important. I have found that for ECG and Oxygen measurements it is better to wet the skin under the watch with a little saliva (Watch3). Seems to  improve electrical conduction.

Galaxy Watch
For whats it worth the software is available to side load at XDA-developers. at your own risk of course.
0 Likes
Share
Reply