I gave the samsung watch that came with my galaxy s10 to my mum for christmas. It's been working fine up until it ran out of battery for the first time yesterday. We've tried charging it using different samsung adapters, in different sockets, and we've tried rebooting it several times. We also left it charging overnight and it still wont turn on. It doesn't come up with the charging symbol when plugged in.

When we first opened it a week ago it was on 88% so I charged it, and the charger worked fine. Anyone have any idea what's going on?

I've ordered a new charger just incase thats the issue, but nothings happened to the charger since the first use so I have no idea why this brand new watch won't turn on. 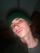 Re: Won't turn on

Re: Won't turn on

@user9hNdaGUQ4t I will gladly look into this for you. Can you send a private message providing the full model code and the serial number of the watch so I can further assist? http://bit.ly/2GGYul4