I ordered a Samsung Odyssey + at the end of January.  One of the screens was defective.  I sent it in for repair and it was returned two days later.  The exact same unit and the exact same defect.  I immediately returned it again.   It is now March 9 and I received a text early this morning saying that due to no inventory that I would have to have a refund.

I called in and was redirected probably 10 times.  Eventually I was told that it was now worth less than I had paid for it before tax and shipping, $215.27.   A brand new unit that I had never used.  I totally on board for more Samsung products.  I need a new phone and was going to make the switch.  I was considering a new Samsung tv in my living room.  Due to the ineptitude of the customer service, I don't think that Samsung is a brand that I can trust anymore.  If something goes wrong, you're out of luck.

It's now April 21st and I still have received no refund.  I was told my case was under review.  I'm not sure where to go from here. It feels like the money was stolen from me.  3 months and nothing.  It's incredible that a company this big can get away something like this with no repercussions.  I would now even accept the defective headset, because at least I would have something to show for it. I did not sign on for this.  I would try customer service again and have been everyday but after being lied to so many times, you start to lose trust.  No moderator @SamsungAdam has reached out to me or even tried to offer a solution.  I guess I'm just going to have to suck it up and take a loss. 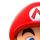 I apologize for this experience. Can I have your ticket number via private message?