My S3 Frontier has always been fickle, but after this last 3.0 update, it's been almost unusable. It won't charge unless it's turned off. It actually loses power if I put it on the charger when turned on. I constantly get get the "Use the original charger" message, even though I am using it. It gets quite hot about 75% of the time if I try charging it while on. I'd love a real fix to be put out by Samsung, rather than all this garbage about getting it tested. It's obviously a software issue.
0 Likes
Share
Reply
Reply
Loading...

If you read the messages, you would know none of these folks have found a workaround. What is the point of your silly message?

I also have the same problem. Also, ever since the latest update that coincided with the release of your Gear Sport. This is ridiculous - my watch worked fine until then. Provide a software fix.

Also having the same problem with my Gear S3 Frontier.  Had it for about a couple weeks and just like others, it started to act up with same problem around the time of the software update.  Ridiculous.  I otherwise love my watch.  Hopefully, they will come out with a new fix...

Same problem here, what is the solution Samsung????

I too am having the issue.  Set my watch on the dock before going to bed and when I wake up the dock is vloinking red and the charge on my watch has been depleted.  I have only had the watch for 3 months.

guess what I found out. let the buttons be on the bottom instead of on top. so far I'm up to 96%. TRY IT. ROGER. 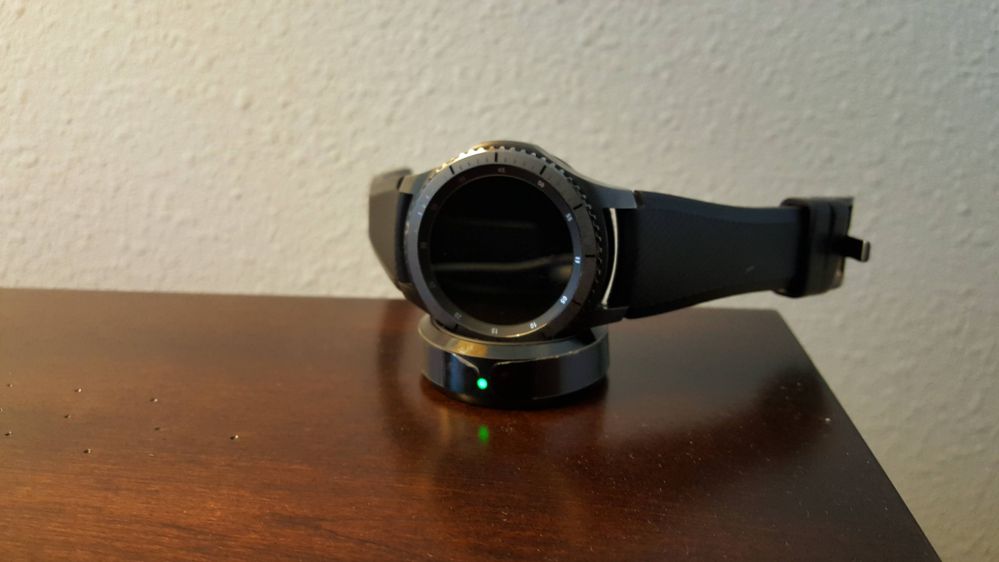 I have cleaned the watch and charger cradle with rubbing alcohol, tried multiple electrical outlets, and placed the watch with the buttons down in the cradle, all as suggested in this forum, and nothing has helped.  After 10 minutes the watch had charged to 13% and after 18 minutes, it was indicating it was at 8%. It had stopped charging  and was actually draining the battery even though the watch was off.

One of the moderators had recommended a light reset, but my watch doesn't have that option, only a full reset that resets the watch back to "out of the box" status.

Is the only option sending a watch that is only a few weeks old to Samsung for repair? Reading this forum, it doesn't sound as if others have had much success with that either.

Is there a software fix coming out for this issue?

My Frontier will charge until its 65% then stop with message battery overheating. I have to wait till the watch cools down, then charge it again before it overheats again at some 80%. To get to 100, i have to wait again for it to cool down AGAIN before putting back on the charging dock.  Very frustrating ... and i think it's DANGEROUS to leave the watch on the charging dock over night.

I think Samsung should address this issue quickly and issue a warning before something like the Note 7 episode happen.  I DONOT recommend this watch to anyone.  If anyone out there is shopping for a GPS watch, get a Suunto or Garmin instead.

My gear stopped charging and showed the flashing red light after around 3 minutes, I found that keeping the watch cold by putting it near a window allowed it to charge but once I put it on and it began to warm up it turned off, I think there could be something wrong with the temperature sensor that could be causing all of this?