My gear 3 frontier watch went black screen on me. I sent it to Samsung and they said "unrepairable due to liquid damage". I never submersed, shower, go swimming, pour water on the watch. It has never seen water or moisture other than being n my wrist when working out. I have 8 months left on the warranty and they will not honor. Did I mention that nothing more than sweat has touched this watch that is supposed to be ip68 water resistance and submersible for 30 minutes. What's my recourse?

I'm in this I'm in the same boat as you. They gave me that same BS response. I spoke to a supervisor and she said she was as high up as they go. There must be some other person I can contact because I am quite ticked off!

Clearly there is some sort of design flaw within the watch. And I'm sure they are working their best to sweep it under the rug.
1 Like
Share
Reply
Reply
Loading...

I was drawn to this site because I too am experiencing the exact same scenario. My S3 Frontier has NEVER BEEN SUBMERGED in anything.  I wore while I was on the driving range last Friday and it got stuck in an endless boot loop. I was instructed to send it in, then was notified that it was unrepairable due to liquid damage. How in the heck does a water resistant watch that's also a fitness tracker get damaged by sweat?! 😂. This is a joke, right?

I've been a Samsung evangelist for over 20 years, but this deals a serious blow to my loyalty.  Just when I was all set to buy a Note 9 this Friday,  this forces me to give serious consideration to my future in the Samsung universe. Total disappoint .

I just had this issue with my S3. It had never been exposed or submerged in water. One day I went to use it and found the bottom right button would not function, top right worked fine. This made it next to impossible to use as I couldn't properly move through menus. Screen worked and it still charged.

Somehow I managed to get it to go into recovery mode (I assumed it was a software issue at the time). I ended up getting it to reset, but couldn't get past the part where you need to use the bottom right button for something.

I was out of town when it happen so I contacted Samsung via the website chat and let a rep know my situation. Was told it was in warranty, but since it had a time frame for shipping I had to wait until I came back. So I packed the watch back in the box, waited until I got back. Once here I contacted them again, re-opened the ticket and prepared to ship it. Checked it one last time, it had died by then so I couldn't power it on due to the bottom right button not working, but it still charged. Shipped it off.

A few days after they say they got it I got an email saying I need to pay because it's out of warranty. I called and a rep tells me it's in warranty but has "liquid damage" which isn't covered. I asked how, and when they couldn't explain I asked for a supervisor. Then the rep comes back and tells me they can offer a 50% discount this time on the repair, like I'm suppose to feel like I got a favor...no. I ask again what "liquid damage" it had. Then explain again that the watch hasn't EVER been near water, and worked except for that button when I sent it. AND on top of that, they advertise that the watch is IP68 rated (up to 1.5m of water, up to 30 mins) mine hasn't seen conditions even close to that ever. So either they failed wildly at repairing it, or lied about its capabilities knowing the watch was faulty. I asked to speak to a supervisor again. Next thing I know (after almost an hour long phone conversation) now my watch is fully covered under warranty at no extra cost.

My assumption after reading other stories is the watch doesn't hold up to moisture, sweat, or something  similar (which means my is probably destined to break again in the future :/ ), which is not the fault of the user but Samsung. Rather than admitting that, they're telling people their watches sustained "liquid damage" and then have the nerve to charge ridiculous prices for the repairs.

Personally I find it strange that they would push the "water resistant IP68 rated" mess in their selling pitch that hard, while making sure not to cover liquid damage, but ok.

on top of that, doesnt that mean theyre putting their own users in danger because they have a electric device strapped to their arm that is susceptible to getting liquid inside???

Guessed it'll take another Note 7 type fiasco for them to admit their device isn't up to par...

Just stop buying this stuff, they obviously dont care about us as customers.

Almost forgot to note that after all this, when I asked the rep to send me an updated email to confirm the change, she told me not to worried as the ticket would reflect the change, and I could call back with the ticket number and let them know...right...When I told her I just wanted some type of tangible evidence she kept insisting they "could not send emails outside of work", and no I don't know what that means either. After asking for the full name of the on shift manager or supervisor, and a long silence, I got a notification on my still functioning Note 8 that I'd received a new email...

Also, I documented everything from beginning to end with photos, videos, emails, text logs, and audio (all 44 minutes of it (* -_-) ). If you have to deal with their customer support, you probably should too.

Well, after reading all of the problems with the watch my decision is made... No Samsung watch for me!!!

My watch stopped working a few weeks ago. I went to Samsung store to have it repaired with the warranty. The analysed a water damaged watch wich is not covered by the warranty and Samsung asked me £209 to repair the watch. A brand new watch with warranty is nearly £280...

I opened the watch to see what a water damage looks like then ending cleaning the watch and removing the little trace of corrosion...

Guess what?! My watch is working now! Why I feel like Samsung is not giving us the support we are supposed to have and they are trying to steal us and avoiding fixing the watches on warranty?! I'm really upset!

This is my story in video on the following link! 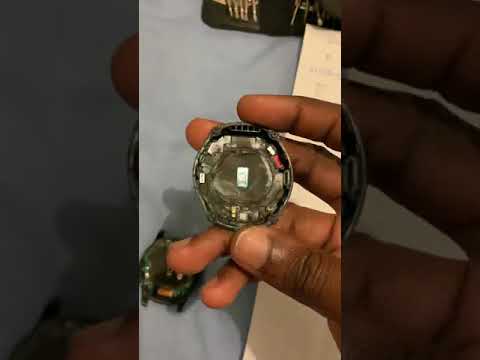 Thanks for providing your solution. Samsung does not suggest self-repair as it voids your warranty. Thank you again for being a part of our community.

Wow, impressive.  Thanks for the video on taking the watch apart and cleaning it!!!