window by 5 days.  I called Samsung for repair.  Samsung repairman came out and declared that

the LED panel was faulty.  I was told that I would be able to exchange at Best Buy in a week.  Then the whole process was stopped, as now I had to provide proof of purchase.   Finally, I was told by Samsung to pick up my new television on 10 NOVEMBER  ---- a month after the Samsung repairman declared it dead.  I take the Return Authorization number and the RMA number, the Best Buy order number and two pages of notes to Best Buy where I purchased the television to happily pick up my TV.

I spoke to manager at Best Buy and Corporate HQ Best Buy.  The RA#'s were never sent by Samsung to Best Buy.  I called Samsung back --- I was told all I need is the RA# to pick up replacement.  The whole process is apparently dead.    I am an elite member at Best Buy and I purchased from their Magnolia Division and it means nothing.  Likewise, Samsung's customer care policies mean nothing when something goes wrong.  I'm left with a dead $2000 television taking up room on my couch.  Unbelievable.

Additional information 11/27  Samsung finally came through and got my warranty replacment information to Best Buy.  Now, Best Buy scheduled an appointment today to pickup the faulty tv and bring the replacement.  This is 3 months after the tv died!  They didn't show up.  Seriously.  No one showed up, called, emailed, texted.  Nothing.

Thank you Samantha.  My replacement television is scheduled to be delivered next week. 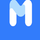 My sincerest apologies for the frustration and inconvenience this has caused. Please feel free to send me a private message with your ticket number so that I can look into this for you. http://bit.ly/33ipYnO

Did you receive my private reply?

Samsung Bri -- never heard from you again. I messaged you three times and got no response.
0 Likes
Share
Reply
Reply
Loading...

Samsung Samantha: thank you for taking action. May I please have the RA/RMA numbers?
0 Likes
Share
Reply
Reply
Loading...

Thank you Samantha.  My replacement television is scheduled to be delivered next week.