I purchased a Samsung UN50J6200AF a short time ago as a tv for my bed room when and if I want to watch tv in there. My husband likes sleeping in the dark, thank goodness, or we could have died in our sleep or burned alive because we wouldn’t be able to get out. I say this to bring up the fact that this tv is practically brand new. Being that it is a bedroom tv it has hardly been used, so image my shock when he turns it on the other night to see what a score was while getting ready and after a few minutes lines start running across the bottom of the screen like it had been severely damaged. He calls me into the room to inform me of the damage and how **bleep** he is because it’s practically a brand new tv because it hardly gets used. I look closer to the screen to see if there might have been some damage to the screen but specifically look closer to the bottom (my left) corner of the screen because the screen lines were worse there and I notice the screen looks funny. I assumed that there was something on the screen as the last thing I would assume would be it melting but as soon as I touched the screen it burned my finger. I immediately unplugged it and have been searching online to reasons as to why a tv might do this and what I can do to get my tv replaced because I do not want to fork out more money for a brand new tv when this one should have lasted me a whole lot longer than it has. Especially with the very little use that we have gotten out of it. We checked the outlet to make sure that nothing was wrong with it and it is good. It has been plugged into that outlet since the day that I moved into this house and never had issues. Actually, it was plugged into a surge protector that was plugged into an outlet because I know my luck and I don’t want lightening from a storm to ruin the expensive things I have purchased. I purchased two more Samsung tvs at the same time I purchased this one. They are different models, one is bigger and the other is a tad bit smaller, but they are used daily and I haven’t had any trouble out of them whatsoever. I need to know if there is or was a recall on this tv that I possibly missed as this has been an expensive purchase that was barely used and is now ruined. Not to mention could have been very deadly if we weren’t home when this happened or if we slept with the tvs on at night. 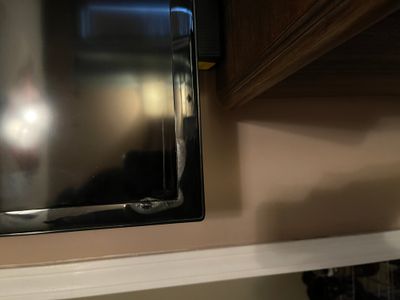 Oh no! I understand how that seeing this overheating would be concerning. Please send your serial number and a copy of the purchase receipt to the following link, and I will be happy to look in to your case.   https://bit.ly/39kTopa

Oh no! I understand how that seeing this overheating would be concerning. Please send your serial number and a copy of the purchase receipt to the following link, and I will be happy to look in to your case.   https://bit.ly/39kTopa

HD and UHD TVs
This is the exact issue that I just came into this evening!!!! I literally burnt my finger wondering what that bump was! Thankgoodness it wasn't one of my children!!!! Can I be helped with this somehow as well?
0 Likes
Share
Reply