My wife and I purchased a Model #UN65JS8500FXZA LED 4K Ultra HD TV several years ago.  The TV was professionally wall mounted and worked fine for the first 4 years.  Late last year the TV began showing broad white bands on both sides of the picture.  As the year progressed, the bands continually widened with white streaks beginning to form from the sides towards the center.   Dark, burned looking rectangles began to form on each side of the screen.

At present the sides and top of the TV are too hot to touch after running for 60 minutes and the TV emits a faint electrical smell.  We have now unplugged the TV and are no longer using for fear of it being a fire hazard.  Reading the various entries on this board and others, it appears the problem is widespread.  Several newspapers have commented on the issue and one or more class action suits have apparently been filed on behalf of owners.

We were very disappointed at the early failure but both assumed Samsung would stand behind their product given the premature failure and widespread nature of the problem.   I contact support and was extremely surprised to find that they were unwilling to offer a credit or pay for repairs at their expense.  A very disappointing customer response and one that will reflect heavily on future purchases! 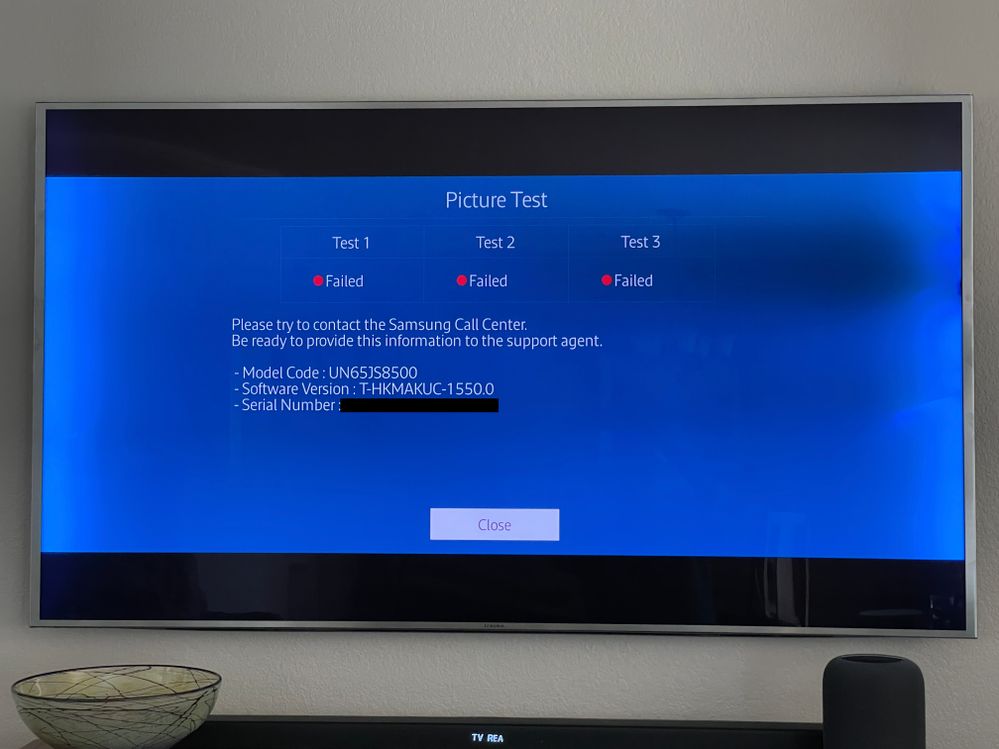 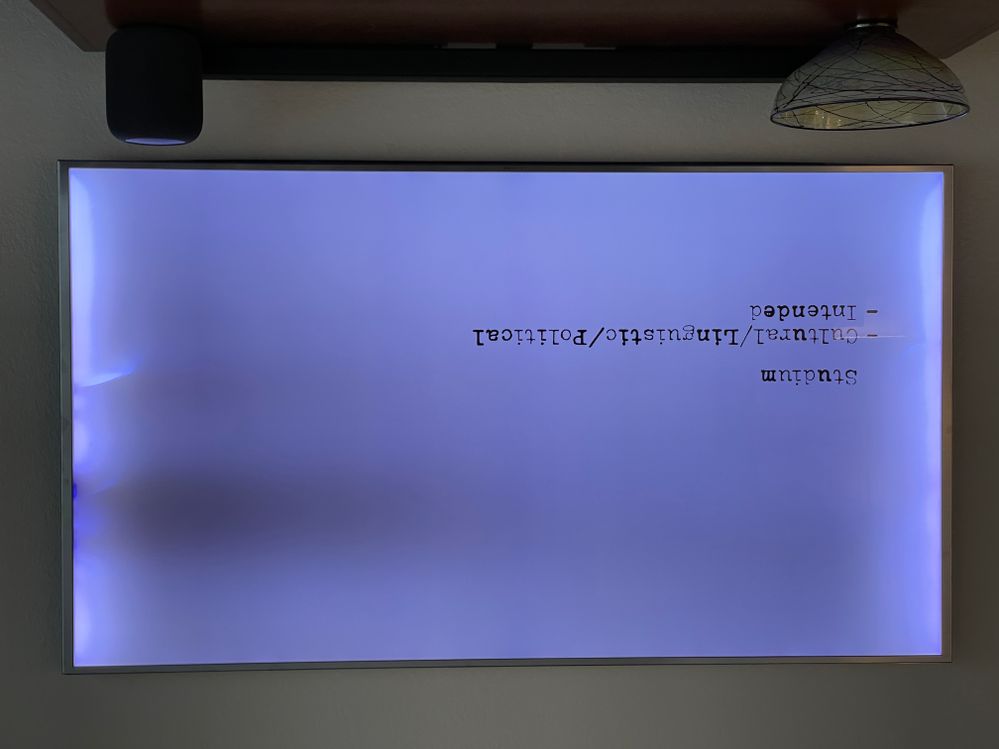 Better look at the screen failure

I recommend letting a service technician have a look. As we would like to gather additional information and look at this from a case by case basis please provide the full model code and the serial number of the device as well as your best contact phone number, name, and email.