Model UN55JJU6500 with firmware 1530. All apps crash multiple times. Most commonly used are Amazon, Netflix, Hulu, Pandora and Spotify. For me it's not just the apps that crash. The system menus are slow to respond and close spontaneously. I have requested help via the support tab. I was called and ran through the usual reboot/reset. The first time I did this it worked better for a while but now I cant get through a half hour show without the apps crashing. I thought that Samsung made the best TVs around? This one has very noticeable side lighting and the worst smart functionality I have ever seen. (Most of our family's electronics are Samsung and I have never been so disappointed in one. I have 4 other Samsung TVs in the house that work fine - but this is our main one).

Samsung what are you doing to rectify this?

I was not the first to post nor the latest and no one has received a response from Samsung yet.) 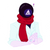 I know I'm not OP but i've been having these issues too. I just got my tv last week and when i tried to log in to hulu it didnt load the app, it just pulled up a black screen then shut off and turned back on showing the "samsun smart tv" thing. I just downloaded spotify and when i try to launch it it pulls up the screen that says spotify but then freezes and crashes a minute later, shutting off then going back to the samsung smart tv and then the main menu. I'm very frustrated becuase even though i have my ps4 hooked up I want to be able to do things throung my tv and not have to open my tele stand to turn on my system and get a remote...

Still happening on new TVs. This gives me little hope..... Try to update the TV. I had a bit of a reprieve when I did so. I have an older model (2015) so I had to update from Samsung via PC to a thumbdrive.

I have a 2017 model and I have to reset the smart hub and reinstall the apps once a week or they do not work.

Still happening on new TVs. This gives me little hope..... Try to update the TV. I had a bit of a reprieve when I did so. I have an older model (2015) so I had to update from Samsung via PC to a thumbdrive.

@SamsungCaleb All apps crash  - I have to turn the TV off and on, unplug it for a few minutes, or wait for it to go back to the TV screen to try and reload. The apps I use that crash regularly are Hulu, Netflix, and Amazon Video. I haven't noticed issues with music streaming but this TV was kept in a room I didn't use much when I purchased it new and now that I've moved I use it daily. If I don't use it for a week or so I check to see if there are updates even though auto update is on because there have been times where there was an update and it didn't automatically update.

If I'm watching TV the audio eventually turns off until I restart the TV. When watching Amazon prime videos sometimes the screen zooms/crops itself until I restart the app. When Hulu loads it either has a noticeable lag, the app tries to load then closes, and/or has the continue watching screen with the previous videos blacked out with no text to indicate what they are. If Hulu does load a video, after an ad plays the video starts playing with no audio and then it freezes and the app crashes. Netflix has crashed too but I haven't watched it in awhile so I can't recall the exact issues.

I am having this issue as well.  My tv says there are no updates available. It is so frustrating to be streaming a movie and have it freeze and crash. Happened 4 times watching Hamilton tonight on Disney, finally we gave up.

Have you tried to uninstall and install the apps back?

I have a similar issue. My TV keeps crashing and it sometimes turns off by itself. I thought it was just a malfunction but this seems to be a constant issue with my Samsung smart tv. Now it is also downloading the Spotify app by it self and every time I delete it, it comes right back within a day. I talked to a support representative, which was unsuccessful as he kept insisting that it was a preinstalled app. I can't go into any of my apps without it crashing and having to restart the app. Here is my model info and I just registered my product today. I'm assuming that you can find my product info since it was registered.

Have you tried to uninstall and install the apps back?

If I want anything to work I have to do that once a week. I am tired of signing in to all my apps all the time. why is this STILL an issue?

Exact same issue as the user mentioned. My samsung UN65JS8500 keeps crashing every SINGLE time and every single app keep crashing at least 3-4 times before it stablizes. I upgraded the FW manually per your procedure online and now it keeps crashing more often. It has practically rendered the Samsung TV useless. Very very very disappointed by the quality of the FW on the TV.

I tried deleting and reinstalling the streaming apps AFTER I upgraded the FW manually using a USB.

Power cycled before and after uninstalling and re-installing the apps.

Any possible way we can fix this? Here's the info on my TV:

Nothing works. Any advice from anyone on how to fix this?

How to you upgrade a 7100 series TV?  Hulu crashes all the time on mine, but when I go into settings, Software Update is greyed out.