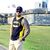 HD and UHD TVs
Greetings. I have a TV Series 7 / TU700D 55" and I restored it to the original settings. But when I reconfigured it with my cell phone and followed the steps indicated, the TV was now restored in the same way and image to a TV Series 6 43 "that I had before. The Samsung TV Plus does not work now, in fact it does not appear on the TV Series 7 like when I bought it, I try to install it through the application browser and it does not appear, in fact not even the Hulu application, I hit the button that says Samsung TV Plus on the remote and it tells me that this function is not available. It was all by following the instructions of the Samsung Cloud. I restored the Series 7 TV back to its factory settings for the second time and it's still the same. What I can do? Thanks in advance.

I can definitely understand how frustrating this may be. Quick question. Have you tried updating the unit after the factory reset?

I can definitely understand how frustrating this may be. Quick question. Have you tried updating the unit after the factory reset?