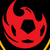 My TV is just over three years old. A recent update has installed Tubi, Peacock, PBS, PBS Kids and other apps I have no interest in and these have filled the 816MB hard drive. I can't add any new apps. I can't delete the apps you have now forced on me.  I can only use external storage for the apps I've paid for. Without the storage, I am having frequent issues with the volume control freezing. This has occurred in the past when I've ran out of space and was rectified by removing or moving apps. I'm now unable to do this as there is nothing on the TV I can delete.  Menus are freezing, external storage apps are freezing if I'm lucky enough for them to start first time. I've tried a factory reset and it seems the apps are now built in and are there after a reset.

I have combed through forums of people complaining about this and Samsung has been silent.  it's not like I am asking for support on a 15 year old SD TV. This is a three year old 4K TV.

I've spoken with you on Facebook and was told, and I quote "be advised the built-in apps are not removable. As we are constantly improving and updating our operating systems, with every improvement, there is always a chance the features might change". Features might change? Is volume control now considered a feature?  Is accessing menus a feature? I was able to get into developer mode and that did absolutely nothing.

I own Samsung phones, tablets and appliances, and I've been loyal to your company, but this is unacceptable. I'm not paying $2000 every three years because you decide to disable my television because you're taking kickbacks from Amazon, Netflix, ESPN and NBC.

Your message on Facebook "Our apologies for the inconvenience". This goes so far beyond an inconvenience. You are pushing out updates and forced applications that your devices can't handle, and when I speak up you brush me off.  There are plenty of other companies making good TV's. This will be my last Samsung product.

As the result of your contributions to the community, you have earned a new rank. Your new rank is Constellation.

We appreciate your efforts and hope you will continue to be an active member of the community.

I think there is a memory leak or something. I reset mine to factory settings and it didn't delete the old apps, it just hid them so that is taking up memory without any way to clear that memory.

Which version? I was finally able to speak to someone and they upgrade me from 1290 to 1299 and it fixed my issue.