I have a Samsung NU8000 4K TV and Samsung HW-N650 5.1 Surround Soundbar with an Xbox One X as my ONLY source of audio/video (Gaming, Hulu, Netflix, etc. all done through the Xbox).

I cannot for the life of my get my audio to sound good with this Soundbar. To get the best sound out of it is Dolby Digital but the way to get this with routing of the hdmi cables causes a noticeable audio lag which means the audio does not match the video timing. As an example in a game, shooting a gun you see the animation happen and THEN hear the sound. Scrolling through the Xbox Home Screen you see the options change and THEN hear the sound. Along with the lag, there is no sound from the Soundbar for the tv itself. I don't use the tv apps. but why would it not put out volume to the Soundbar? Only to the tv speakers.

I believe I've tried EVERY route of hdmi cables. It's currently set up with an hdmi cable from the Xbox One X to the Soundbar via the hdmi In port then another Rocketfish hdmi cable from the hdmi arc out to the arc in port on the TV. The sound is OK but I've heard better from a different hdmi setup, but with lag. Voices from shows and such are lacking, you can hear background noise much more than voices.

Can someone please chime in with how it should be set up?! 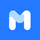 I'm sorry to hear that, this should help below;