This is not the solution. Nor have I hever marked it as the solution.  The problem is still outstanding. Seeing as this is ocurring with several other customer machines, an indication to what the beeps and flashes is referring to would help merit a solution.

This is not the accepted solution and my ability to accept the actual outcome post have been disabled.

I'm the original poster of this problem, here are my findings:

This is the original poster to the problem. In the end the problem that was causing these symptoms was a failed water wall or water vein motor, or just the failure of correct movement of it.  This is the wide water spraying assembly on the bottom of the dishwasher that is supposed to move from the back to front during a washing cycle.

After a service technition came to my home and couldn't diagnose the problem because it wasn't showing any error codes, and all cycles when triggered manually "appeared" to function fine. He left and later called after getting in touch with someone from Samsung that actually knew the machine thoroughly who indicated that the problem was that at the start of the wash cycle, the sensor for the position of the water vein was indicating it was not in correct position.

They ordered replacement parts. During the time waiting for the parts to arrive the beeping stopped however, I noticed hearing a little grinding noise from time to time during the was cycle.  Apparently at that point, the posistion of the water wand/vein had made itself to an adequate position for starting, but whenenver it was trying to move itself, the gears or motor would just skip and never move it correctly.

When the service technitian came he new right away that was indeed the problem as he was able to freely move the water wand/vein at the bottom of the washer freely with his hand.

Hello, I am having the exact same issues w my Samsung dishwasher. Could I send you my serial number to see if you could help me please?

I have the same problem on dw80m9960 (year and a half old). Warranty was unfortunately for a year only (as I have discovered).

Calling service isn't a solution. I called Samsung for service and they quoted me a min price of $200 for coming out, $250 for labor and parts were unknown. This is USD !!! I can buy a new one for that price.

What this seems like is a "known" issue given the number of customers with exactly the same problem. What would be nice if Samsung at least posted the solution i.e. which parts are the high probability failure parts on these models.

This looks like these units needed to have been recalled and remediated. 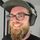 Please click " ✓ Accept as Solution" if this reply solved your issue or pointed you in the right direction. Click the heart to let me know your appreciation!
Notification emails do not accept replies. Login to the community to respond to this thread. 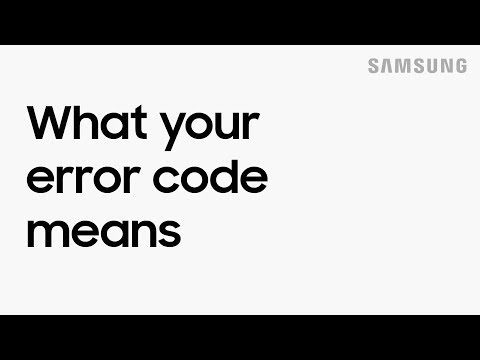 Fix common error codes on your Samsung dishwasher | Samsung US
youtube.com/watch?v=GrQv4HRphpo
An error code isn't the end of the world, and some of the most common ones can often be resolved without a service visit. An LE or LC error indicates the lea...
0 Likes
Share
Reply
Reply
Loading...
Highlighted

Thanks for the idea, however, it is not showing an error code.

I have downloaded the service manual to see how to get the error codes on this:

Power on, press and hold the 'Normal' and 'Lower key' for 7 seconds.

I get nothing on the panel other than the little snowflake looking icon.

For that reason I brought the problem here with the only "error" i'm getting.

Could you send me a private message with your serial number?  http://bit.ly/2ihPL97

My dishwasher is also having this problem on the normal cycle. I just ran a 60 minute cycle and didn't have any problems. Is there a solution or at least an error associated with this?

I'm having the same issue with model

Dw80m9550ug. Thought it might have been the inlet water value. Replaced it. It ran one complete cycle and now it's doing the same thing again.

What lights are flashing on the unit? Have you tried to reset it?