If the unit has one compartment that is not cooling at all, but the other compartment is working correctly, perform the following:

If the unit does not appear to have any power at all (the control panel is also blank and none of the lights come on when the door is opened), this is a different issue and needs to be brought up in it's own thread.

If the unit display indicates O FF, OF OF, or has scrolling temperature bars (depending on the model), the unit is in Cooling Off Mode. I can provide steps for getting the unit out of this mode if needed.

If all of this has been completed then service repairs is what is needed. You may message us with the model code and serial number in order to verify warranty term. If the unit is out of warranty, you are welcome to use the following link to seek local authorized repair centers and obtain pricing information: http://www.samsung.com/us/support/service/location

Mind providing the model of your fridge userpeddA806si?

Please make sure you ask any technician that comes out to service your SAMSUNG regrigerators is SAMSUNG trained and is receiving Engineering Updates from SAMSUNG.  We have a RF28HMEDBSR and it stopped cooling about 4 weeks ago after owning it almost 2 years. Our previous SAMSUNG just up and stopped 2 years ago 5 day before Christmas in 2015! We only had that unit 5 years!While we had a backup refrigerator out in the garage we still needed a new pronto for the holidays and all we could get delivered in time was another SAMSUNG. But I digress....

4 weeks ago the ice maker stopped making ice for the 3rd time, the 2nd time I just took out the ice hopper and hit the reset button, removed what ice I could and waited 24 hours, put the hopper back in and all was good. This was about a year after having the ice maker replaced after a year of ownership. But, here we are a 3rd time in less than a month, logged a service call.

The tech cake out, defrosted the ice maker components and then told me they need to seal up the ice making unit, so he did. I also told him that there was a bad fan noise that stopped when I opened the refrigerator and re-started when I closed it. He ignored that... long story short... it was the cooling fan for the refrigerator not the ice maker. If he had really listened to what I was telling him, he could have defrosted the unit and I would not have had a no cooling situation.

However, calling GEEK SQAUD got me a technician to come out severa days later, yes the garage unit saved us again! This tech defrosted the unit, explained to me the problems and that there were upgrades for the unit to help prevent the icing up of the coils and fans. He also stated there were upgrades to the ice maker components to help prevent icing as well and one more upgrade for the drainage tubes. So, he ordered all of thos parts. In the meantime eveything worked great!

Parts arrived and were replaced about 2 weeks ago now and I have seen the temperature in the refrigertaor and deli drawer bounce up and down, never steady at what I have it set for. The temps never go above 40F, but up and down? Now I have to call GEEK SQUAD back to have them address this... now I maybe hypersensitive and nity-picky, but for the 2 years up until the no cool situation the temps were spot on!

We do not want another Christmas situation, not to mention our food and medicines that are kept in this unit.

So to you SAMSUNG owners, I advise you to ask your technicians for the upgrades to avoid the icing issues and any other field order changes, especially if they will be replacing parts!

To SAMSUNG... some comments and questions...

1. Suggest on the back panel that covers the cooling coild and defroster, maybe a clear window to help owners see if the unit is icing up?

2. In my current case with the temps appearing to vary, could that be due to the sensors not being calibrated correctly? Or something else?

By the way the unit in the garage is w WHIRLPOOL side by side that we bought in 1997 and has moved across country twice! Its ice maker never had a problem when we used it! We do not move it in the house because it is too small now, but it is a rock.

All the bells and whistles are nice, but we need reliability and quality!

Similar problem with my RS265TDRS. Freezer is working fine, is at -2 F. Fridge does not cool below 52 F. Unplugged it and plugged it back in after about 10 minutes. The problem persists. Fridge is in our finished basement and very sparingly used, may be opened once or twice a day, that's all. Fridge was installed about 5 years ago. Can the moderator help, please. Thanks!

I tried this and unfortunately it did not work. I have a repair man coming so we shall see. My model is rf20hfenbsr. I don’t have a warranty.

Very disappointed to read all the post in this topic.  As luck would have it mine started doing the same thing about a week ago.  My upper fridge is not cooling but the flex zone and freezer is fine.  Purchased October of 2015 so just over 2 years, paid $2700.  Had a Samsung authorized repairman out.  First off he said it was a compressor issue but he would have to call Samsung.  After talking with Samsung the Repairman was convinced it was the temperature sensor.  Spound familiar?

Today Repairman installed the new temperature sensor and......u guessed it!  Like everyone else it still does not work after paying $199 taxes included.  Will have to call the service center in the morning because I gave it several hours to see if it would work and now they are closed.   I'd say wish me luck but I'm sure you know the saying....wish in one hand and in the other and see which one fills up first.  Hoping Samsung will do the right thing for all of us!

Tech came back out to diagnose the problem again (at no charge).  After talking with Samsung and checking a few things Samsung authorized him to check the coolant levels. (sealed unit).  It was determined there had a been a "low end  leak".  Think that is what he said.  He added coolant and explained the fridge should cool down to normal in a couple hours.  Tech explained he  would need to replace the evaporator coil as this was most likely were the leak occured.  Tech advised he would have to order the part and return sometime next week for the repair.  The Tech did confirm with Samsung that because this was a problem with the sealed system it was covered under warranty.

As the Tech stated the fridge did cool down and stayed that way until he arrived the next week with the replacement part.  It has now been about two weeks and the fridge is working great!  So maybe I spent $200 for something that did not need to be done in the first place but am very happy with the end result; much better that paying for a new fridge.

Lessons learned: don't be so quick to judge just from reading several negative reviews, hire a reputable Tech and have a little patience.  Many thanks to the Tech and to Samsung for standing behind your product! 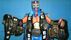 We're glad that you're up and running

Re: UPPER HALF OF FRIDGE NO COOLING, LOWER HALF TOO COLD - FREEZES FOOD!