I purchased my Samsung RF28NHEDBSR/AA refrigerator in April of 2019. I have loved it every second until now!! My icemaker stopped making ice.  I have searched every where for a solution but i cannot find one.  The water dispenser works fine with a full stream of water flowing, the icemaker is not jammed, the icemaker is not frozen over, so what the heck?  I need a fix for this since I paid over 3200.00 for my refrigerator and I would think I would get more than a year of reliable service from the refrigerator! It worked fine on Thursday as well as yesterday morning, but then yesterday afternoon..no ice!!! I keep reading about and watching videos to try turning the ice maker button off and then on again but guess what....no where in the manual or online does it say or show where the icemaker's on/off button for my model! I have multipe Samsung products in my home and even convinced a family member and a friend to purchase this same model. I need a fix for this and fast!

Fridge has quit making ice. Ready to junk it and buy another brand. Seems like hundreds of others have the same problem. Cleared a huge iceberg clog near the top of the dispenser 2 days ago. This happens a lot and while a PITA has fixed the ice problem in the past. Not this time. Tried the reset, twice (got 2 "dings", one immediately and one a few minutes later).  No ice. Filter is 4 months old. Water line is not linked or clogged. Ice maker feature is on. Child lock is off. Fridge is level. Fridge is plugged in. Looking for a prompt, courteous and working solution from Samsung or I'm going shopping and, to the extent I can, will be lighting up as many social media spots as I can find.

My Samsung refrigerator model # RF268ABRS  is not making ANY ice.  Replaced filter....it will dispense water in door, but still does not make any ice.  Any suggestions?

Ice maker hasn't worked properly since 2017. Bought this side by side refrigerator from Lowe's in late 2016 and had minor issues with the ice maker on and off for about a year. Unfortunately in mid 2017 the ice maker froze up and really never produced ice again. I have spoken with repair technicians, defrosted myself, spoken with Samsung and gone through the troubleshooting protocol....nothing, still

l doesn't work. I left this alone for a while because honestly I just didn't want to think about it anymore. Well....now I'm pretty angry..... I've done some research on this model and found out it's defective, nothing I will try will work. Found out there's a class action law suit because this is happening to most Samsung units all over the nation, great... spent north of $1600 for this refrigerator that doesn't produce ice, not happy at all. Would love some help with this, sick of dealing with this issue. 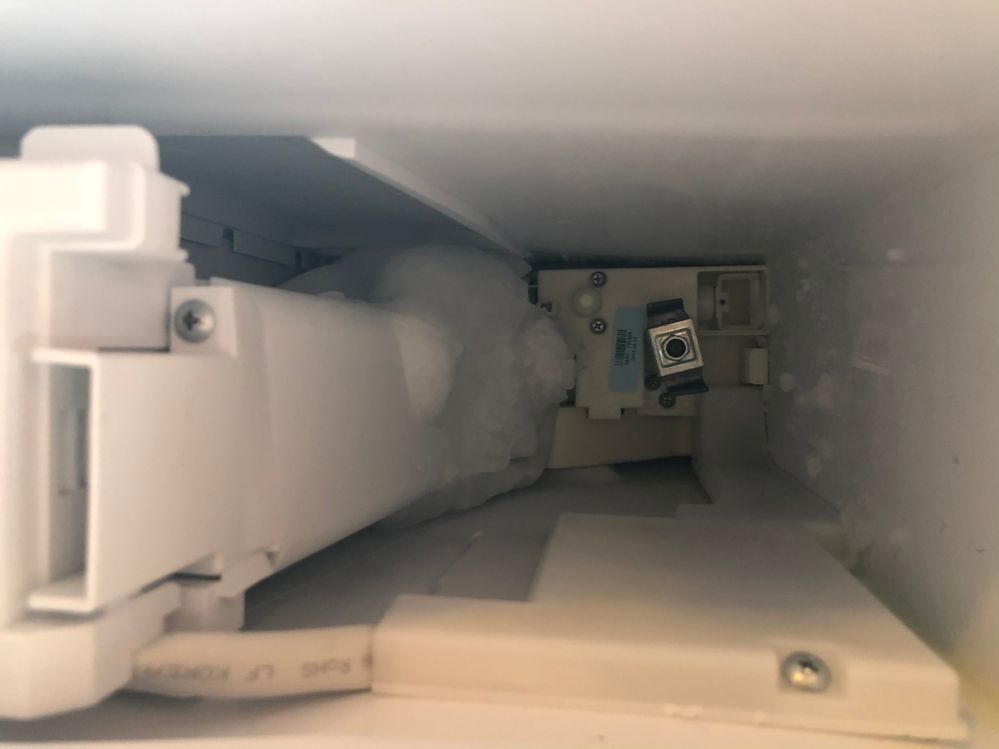 The bottom ice maker is not working in Samsung: RF28HFEDTWW/AA 01.  The manual doesn't give any information for troubleshooting.  There is no noise when the test button is pushed.

I am having the same issue as so many others who have selected the Samsung side by side refridgerator, with the ice maker embedded into the refriderator compartment.   The unit continues to have issues with water ice overflowing, and freezing up (essentially looks like the Khumbu ice falls).

I'd like to have the problem fixed, but apparently that doesn't exists, as I'm hearing more reports of people escalating this issue and receiving a refund.

This was my first experience with Samsung appliance, and it does not bode well for future purchases if Samsung will not stand behind their poor design.

Have you had any response from Samsung regarding your problem?

I've read in many online forums about Samsung's known defective ice makers causing problems for consumers who entrusted Samsung with a quality refrigerator. For the last 6 months my ice maker has been giving me problems where it is freezing up and ice cubes are freezing causing a jam up and not allowing ice to dispense. I finally called a technician out last week to quote me on the repair. He informed me this is a known problem. The kit to fix the problem is around $400 because I also need a new ice bucket because mine cracked when I tried taking it out to clear up the jammed ice and it cracked the bucket. I'm hoping since Samsung knows about this defect that you will cover the cost for this repair since I just bought my fridge a couple years ago. Please let me know if you cover the cost of this repair kit to repair this known ice maker problem which Samsung has still not resolved to fix prior to releasing products to the market.

Our RFG296HDBP/XAA refrigerator no longer makes ice either ice maker.  We have replaced the water filter, ran the manual defroster multiple times, and pressed the test button on the top ice maker.  No ice.  This refrigerator has been getting worse with regards to making ice.  The manual defrost would generally get the bottom ice maker to work, but never the top ice maker.  Is there a solution to this issue short of replacing the refrigerator?  Like other posts we have seen, we paid way to much for this fridge to not have reliable ice makers and not have rusting door.

Any help would be greatly appreciated.

Have you had any responses from Samsung?