Have Model # RF23HCEDTSR/AA purchased in 3/2016. Same issues with ice maker. Samsung NO help since out-of-warranty. Supervisor even denied issues with their icemakers even after referencing the class-action lawsuit, tech service bulletin that SAMSUNG issued, etc. Bit the bullet and had technician from Samsung-authorized service dealer come out today to look at it. Technician confirmed everything I've seen and read here and elsewhere about these icemakers. He replaced my icemaker with the newly-designed icemaker and sealed the outside casing edge (all per protocol recommended BY SAMSUNG). I KID YOU NOT..20 min after he left my house, the technician called me. Said he had just talked to his boss, who had just gotten off a conference call WITH SAMSUNG, discussing that the NEW icemakers were not working either!! Said they have had numerous callbacks with the new ones as well. He offered to come back, reinstall my old icemaker, and give me my money back. Felt it wasn't right to take my money for something that seems not to be fixing the problem. However, when I called the service dept (his employer) to speak with the operations mgr, I was told the person I was told to ask for (name given to me by the tech) no longer was in that office. Then, the dispatch manager proceeded tell me she basically had no idea what I or the technician was talking about. Oh. But she DID say that no one can guarantee that a product (or its fix) will work and that "they just don't make things like they used to". AAAARRGGGHHHH!!! And the run-around continues.....

I don't know if my ice maker is the same as yours, but just had a service tech told him not to do anything! So they tech just left!!!!!!

3 weeks after repair, and the ice maker is working like new.  I fully endorse the latest repair protocol.  I will return here if it stops working.

Does anyone have the part numbers for the new fix? It appears Samsung is not releasing that info to the public. I guess they expect us who are out of warranty to make sure they get us in the merry-go-round of service calls instead of just making it easier for us to get it fixed. 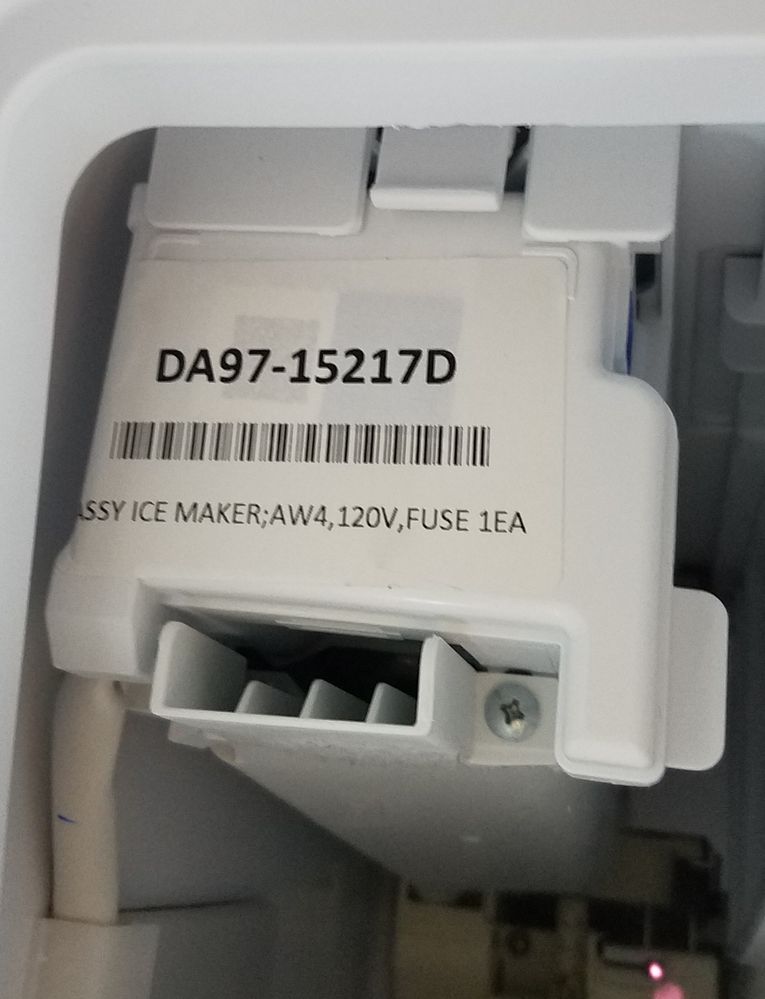 I have the same issue with my replacement refrigerator.  Bought an RF23HCED April of 2015 and it was replaced by Samsung March of 2016 due to a bad compressor.  This replacement started frosting, leaking , making slushy ice March of 2017.

The experience I had with Samsung support in the first refrigerator was terrible and I do not care to experience it again.

I decided to join the class action lawsuit related to this issue as unfortunately I believe Samsung does not want to fix the problem.

Rf28. Fridge compressor fan started hitting a huge chunk of ice after two years. Had to blow dry and hammer it out. Ice maker has also started frosting and chunks stop it from making ice. Fridge is only two years old.

The icemaker is back to old tricks.  Slushy ice, low ice volume, water in ice dispenser.  Worked great for 5 weeks after the fix, but just as bad as before.  Service call #2 coming up.  Thinking it was a good idea to buy extended warranty.

@user40dnyHmh34: Could you send us your transaction number?  I would like to look into this a little more.

@SamsungJam: My original ticket number with Samsung was 4144032123. When I called the local service dealer (#given to me by Samsung), I was told immediately that there was a known issue with these icemakers, my fridge was out-of-warranty, and I needed to call back to request a parts and labor extension since Samsung IS AWARE OF THIS PROBLEM. I called back, spoke to a rep who denied my request, asked for a supervisor, who not only further denied my request, but proceeded to tell me that Samsung was having NO issues at all with their ice makers (or any other product for that matter) and that said technical service bulletin issued BY Samsung ABOUT their icemakers did not exist (nor did the class-action lawsuit..."if you didn't see it on our (Samsung's) website, then it is not official". Having apparently no other recourse AND a "broken" ice maker, I proceeded with the repair at my own cost. I was told by VA Electronics that since it was out-of-warranty and Samsung was not stepping up, they had to cancel my original ticket number since they were not going through Samsung for the cost/repair. So, I received an email from Samsung saying my repair for that service ticket number had been cancelled.
1 Like
Share
Reply
Reply
Loading...
Related content