After looking at the gasket it seems extremely flimsy with a poor design and seal.  I found the below video and will be trying to make it more stable and see what happens. It may not work for all or anyone of course.. but it definitely seems like a valid reason for condensation. 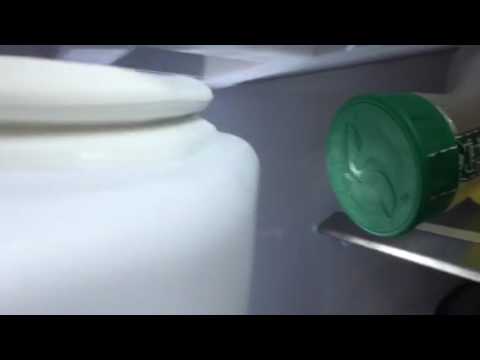 A lot of the time, that's the issue.  Keep us posted if the fix works for you.

Just a follow up to this.. so far zero leaking water when we open the left door (used to just pour out daily).

This will most likely require "fixing" again over time since the bubble wrap will eventually wear down, but luckily worked for our unit this time.

@TSabos: I'm glad that it's working out for you.

I've had the same problem with our ice maker and yes, we have used bubble wrap. What I find incredibly hard to believe that you as the Samsung Moderator would be congratulating any of us on this fix since this is so obviously a design flaw that Samsung should be issuing a recall for and fixing for us correctly without bubble wrap.

I really want a response to this.

Add another one to the list. RF23J9011SR/AA here that is about 22 months old and has been leaking water through the dispenser when you dispense ice for about 20 months. Also has been creating an ice jam as described by everyone else for about 18 months. I’ve just learned to live with the fact that I got scammed by Samsung and accepted that I’ll never buy another. But if there is a class action, I’d be happy to sign up and be a witness.

I wrapped it around the inside of the rubber seal and because it's tape it sticks in place.

Since it's for insulation hopefully it does a better job of keeping the warmer air from the refrigerator out and the added height makes a better seal against the icemaker.

I have had my refrigerator for about 5 years. It worked fine the first 4.5 years with no ice ups. Now I am having to defrost my ice maker with a blow dryer every 2 months. Sealing the gaps may slow down the process slightly but something has changed that is causing this issue. I replaced the auger assembly thinking that would help but nope. I don't expect Samsung to fix it but at least let us know what we need to do to repair it. One of the other forums has over 65 pages of this same stuff with no solutions. Just tell me why its doing it so I can figure out a solution. If its a circuit board, I will buy one. If its a cable, I will replace it. If its a ground, I will tighten it. Just give us a solution.....PLEASE!!!

Here is the fix that works for me:

The release of water when you go to get ice is caused when you prematurely remove your glass from the trigger the previous time you got ice.

Ice sits in the slide and melts slowly until the next time you get ice. Then the melted ice releases as water. I find this small amount of melted ice (1 or 2 cubes) acceptable. Its impossible for that 'orphaned' ice that remains in the slide to stay frozen. It will never happen.

What I do to even prevent this from occuring at all anymore is this. You have to remove your glass from the trigger when you hear/feel a 'batch' of ice coming down the slide and landing into your glass. The auger releases ice in small batches as it turns.

If you practice a little and pay attention you can prevent any water from ever being formed from orphaned melted ice in the slide. If you prematurely remove you glass in the middle of a 'batch'of ice being released, some cubes will always be left behind and melt.

Now, if your new cubes themselves come down the slide half melted, that is a problem with the ice compartment itself. I had mine replaced and the cubes are very whiteish frozen and glistening. They are super cold cubes. If they are wet and sloppy and 'see-through (transparent) they are not cold enough and the box is your problem.

The orphaned ice/small water melt issue just takes knowing when to stop the ice and not in 'mid-release'.

It works 100% as I have been testing this for over 4 months now.

Give it a try and you will see.

That's not the "problem" all of us are having. The problem is that the ice melts in the ice tray and runs out into the ch*te or, in my case, will sometimes miss the ch*te and run down the inside of the refrigerator and into the freezer and/or onto my wood floors. I have to keep a rag under the corners of the fridge to keep this d@mn thing from hurting my floors. Then other times everything in there freezes into a big blob.

Samsung doesn't have a clue what's wrong with it. That's the real problem here. Like others, I'm willing to pay to have this fixed but they don't know how to fix it. There are some people in this thread who've had ever component of the ice maker replaced and it still does it. It is unsanitary because it grows mold in all the seals and the ice ch*te (which I don't even use any more because I would get mold floating around in my drinks no matter how many times I clean it) and if I miss it leaking onto my floor it will damage my floor.

I want to buy a new refrigerator (and it WON'T be a Samsung, that I can assure you) and throw this thing in the trash but that seems so wasteful because the rest of the unit is fine. It really kills me knowing all the trouble I went through not to use the builder's "cheapo" appliances and get what was supposed to be better stuff and everything but the dish washer and clothes dryer has had something go wrong with it. I'm not even sure I'm going to be willing to buy Samsung TV's again after this poor experience.