This happens occasionally, I usually pull out the ice bucket and re-insurt and it starts producing.

This time it won't start, it's been two days.

I can't find the reset button.

I'm sure it's possible to replace the housing, but you will still be manually defrosting within a few months at best.  The design of the new parts has not helped solve the issue.

Kitchen and Family Hub
I have a samsung fridge-model. Rf23hcedbsr/aa. The ice maker has failed only after four years. I had a repair person come out and it will cost me $739 to have it fixed. When will Samsung start helping the consumer with this issue. The bottom line is Samsung has faulty ice makers according to the appliance person that came here yesterday, yet Samsung said it’s my problem. Very difficult to understand knowing we buy many products from this company yet there is very little if no support to help us. I realize the warranty is only for one year, but really how often does a fridge fail within the first year, hardly ever?? I wish I could get some help with this issue and hope others won’t purchase this product until the problem is solved.
0 Likes
Share
Reply

We are sorry to hear about this. Please send the serial number to this PM Link.

So I've asked this and maybe I turned off notifications ..

Curious    How many of us with the problem are using Samsung water filters vs an off band like say home depot.

Are you still needing assistance?

I have RF22KREDB refridgerator for a little over a year.  Ice maker has never worked.  Lowes ignores us, Samsung ignores us.  Although the fridg in general is quite good, this ice maker thing is BS.  Basically from what I read, nobody's ice makers work on these Samsung refridgerators.  How the heck are these passing QC at Samsung?  They friggin have to know they don't work, but continue to sell defective refridgerators.  What the heck?

I realize that ice cubes are not important in various countries.  France for example, I have never seen an ice maker on a fridge.  The French simply don't use ice, and on the occasion they do, they make it in these tiny ice trays.    When you order a glass of coke at a resturant, it comes cold, but with no ice.

Samsung has to realize that their biggest customers are in the US, and we use ice... a lot.  And expect it to be fully frozen clear ice cubes, not slushy half frozen chopped up cubes.  Also, these huge refridgerators aren't sold anywhere but the US.   Every other country I've visited have  smaller refridgerators.

This is what my ice looks like.  White, half frozen, half ground up.  Not acceptable by any stretch 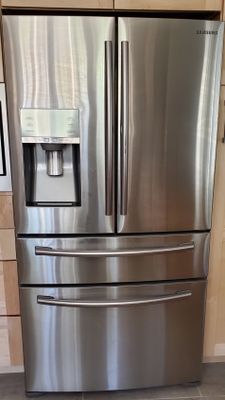 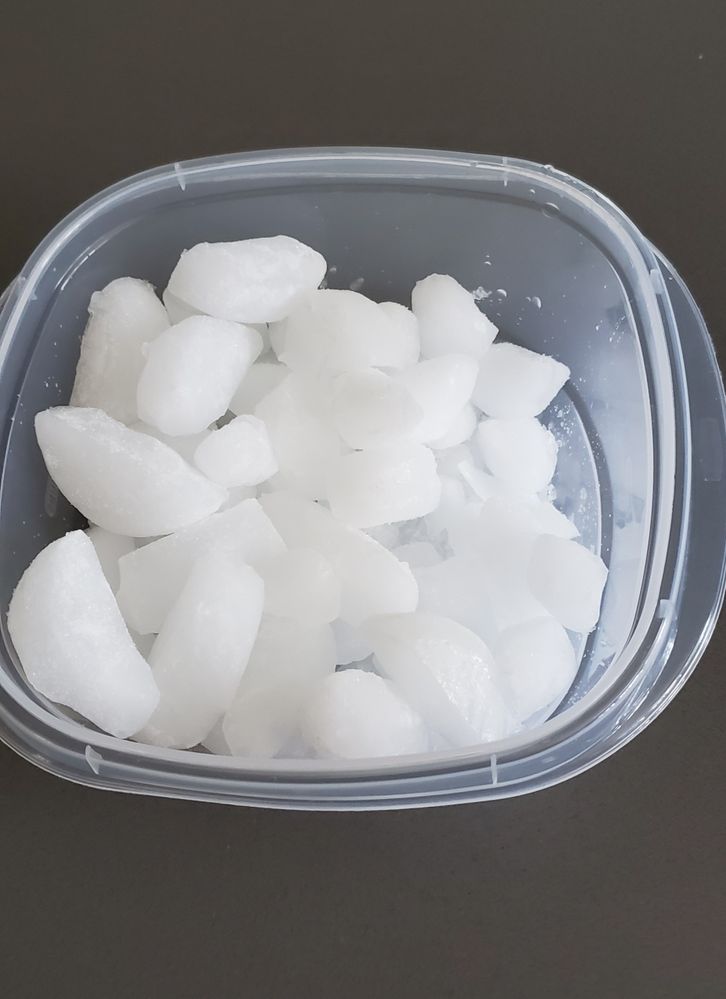 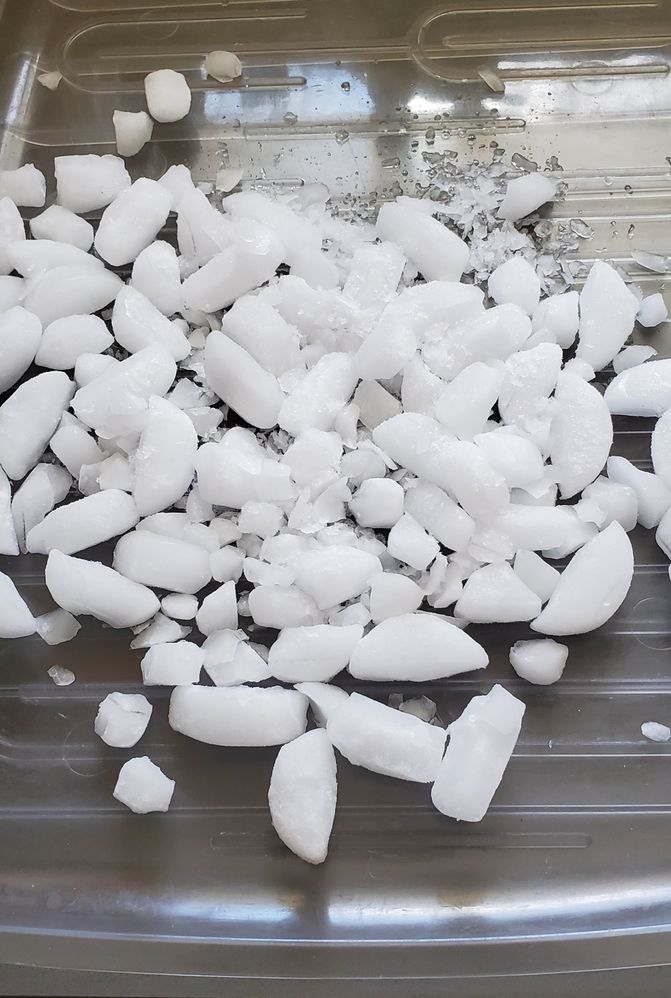 Has your water filter been changed recently by any chance?  Here is a link to help with the cubed/crushed ice troubles.  http://www.samsung.com/us/support/troubleshooting/TSG01001890/

Having the same issues with ice maker for the last 3 years.  Is there a fix ?

Yes, I've changed out the filter a few times.  Does nothing.  Not sure why you think it would.  If the ice maker can get water, which it does, it should freeze it, which is barely does.

Our refrigerator is also having this same issue. We were able to defrost it but the problem keeps coming back and is only getting worse. The refrigerator is out of warranty but I have heard about recalls and also class action lawsuits. Can anyone provide a summary of what options are available for owners of the refrigeratiors?