Can I have your full model code and serial number via private message?

Model RS261MDRS/XAA. Recently my ice maker stopped working. I have tried all the tests from reset button to defrost still nothing. No sound while holding reset and no frost build up. Water dispenser works fine on door. Could the solonoid be bad in the motor? Any help would be appreciated thank you

Re: Ice maker not working

This type of issue will need to be addressed by having the unit serviced. Since it is out of warranty, you can use the following link to find a list of service centers near you that can do the repair: http://www.samsung.com/us/support/service/location

RF23HCEDTSR/AA freezing up.  Refridgerator freezes up causing air circulating fan to hit ice, eventually stopping fan.  Ice Maker in refridgerator section freezes up causing ice to cling to wall of ice dispenser thus jaming the icemaker.  It eventually causes the ice bucket to get stuck to the point that you can't get it out of the refridgerator.  This unit is three years old and I have had samsung repair out twice.  I have also had a local company out twice.  The defrost sensor has been replaced and moved to another location, the heating coil replaced, the SB on the drain tubes done, the SB on the heater drain  extension done, the defrost sensor repositioned to another location again, the control board replaced, the cover for the evaporator haas been replaced twiice and still no help.  It freezes up about every 2 months.  Finally had enough.  Samsung finally agreed to pay for replacing the control board, which I was informed by the technician had been reprogrammed to provide better defrost cycles, the ice maker was replaced, the defrost sensor moved to yet another location and the cover over the evaporator replaced.  I had to pay the service fee which was $160.00.  I am going back to samsung for reimbursement of the service fee as this was not my fault .  If anyone else is having these problems, which I think there are many looking at complaints on the internet, they should contact samsung and get them to pay for repairing their refridgerators.  A class action suit would be a great idea.

The solution is not working fo my Samsung refrigerator modelLFXS24623S/00.  This is frustrating.  Since I've had this refrigerator, ice maker has given me nothing but problems.  And now since Th beginning I'd Oct 2019, the ice maker refused to work.  In addition about ever month, the have to remove a 1/4 inch sheet of ice that forms at the bottom of my freezer.  I will never recommenced a Samsung refrigerator to anyone ever.  I recently purchased a dish washer and because of your refrigerator issues, I refused to even consider Samsung.  Stick with TVs and leave kitchen appliances to companies that care. 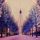 Hello there, it looks like the model code you provide is an LG Refrigerator. I do recommend reaching out to LG Customer Service.

Also started having this problem on our Chef Collection 4-door.  Frosts over very quickly.  Tried sealing the lower left edge with silicone but that didn't work.

Samsung RF30HDEDTSR Ice maker keeps freezing up and the tray is jammed and I have to use a hair blowdryer to melt the clunk of ice that is preventing  tray removal.

Does Samsung have a fix for this problem?

our ice maker didnt work for days and we couldn't figure out why took the ice maker out re inserted it, no ice build up then i noticed.   the display said ice off turned it back on... worked fine... LOL