For the past few months, the refrigerator has been making loud humming noises when the doors are closed and the fan is running. The humming sound would come and go for several days at a time.  The ice tray is always stuck and the ice is all clumped together. When the drawer is out, I can see frost buildup. Water pools in the deli drawer. Photos attached.

Today, the temperature is reading over 50 degrees despite the thermostat having been set to 37.  This refrigerator is only 5 yrs old and over $2000. Please help 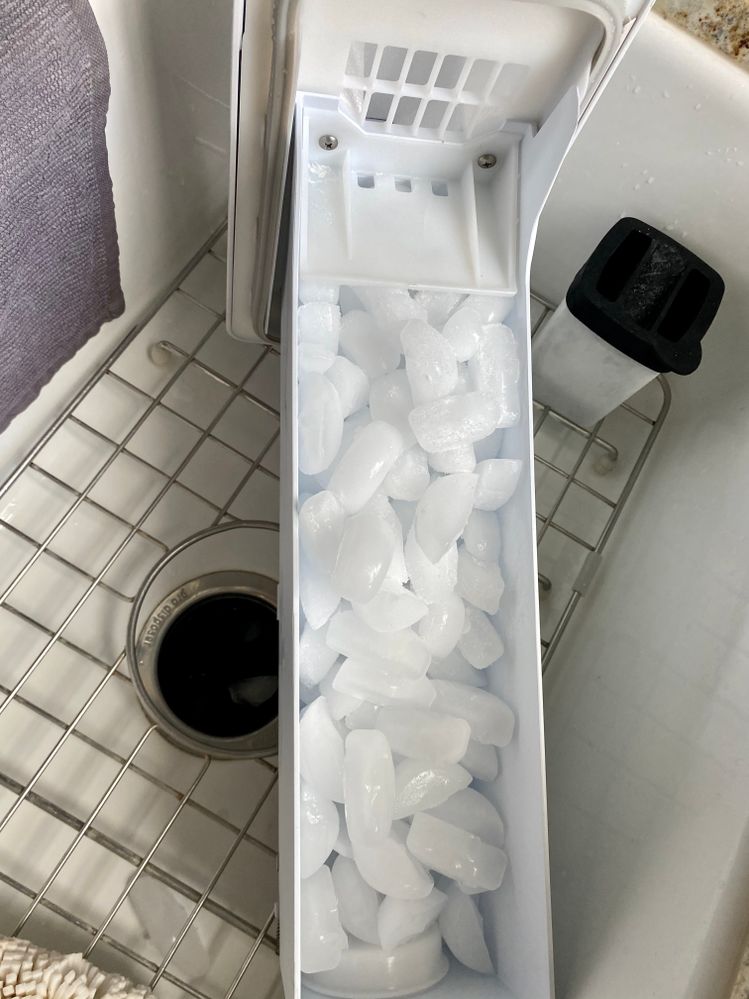 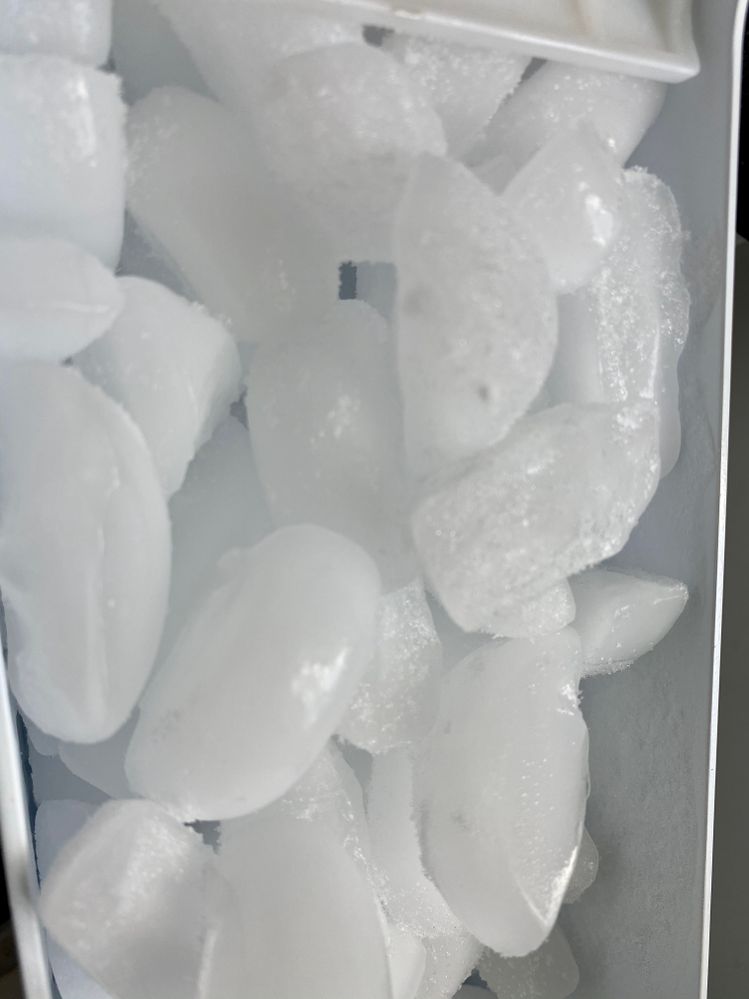 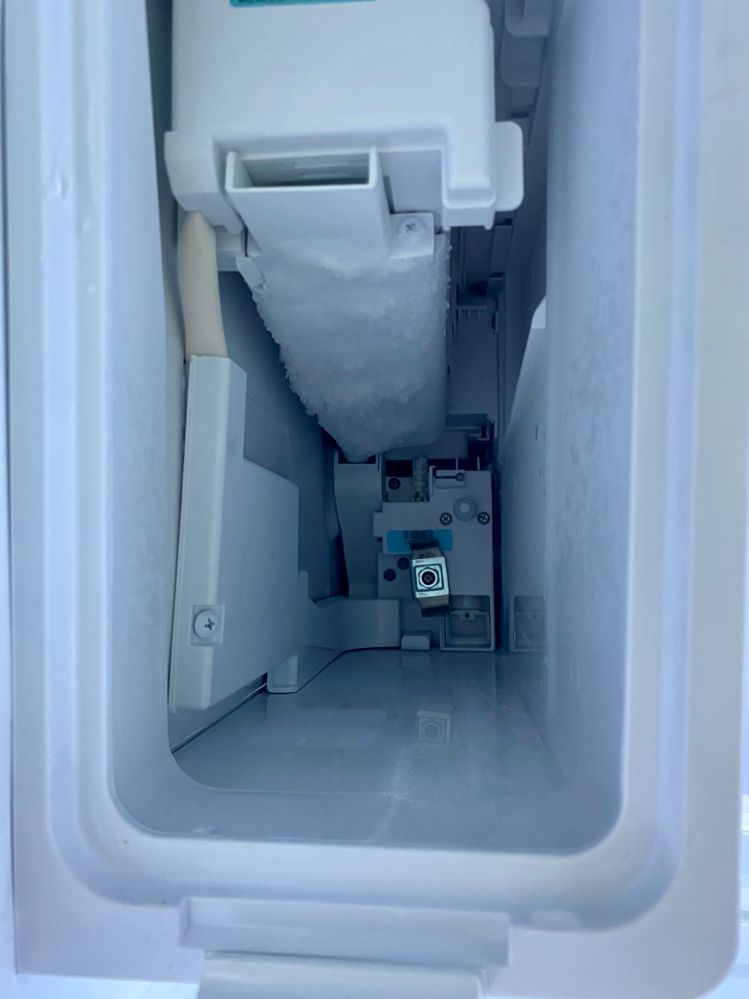 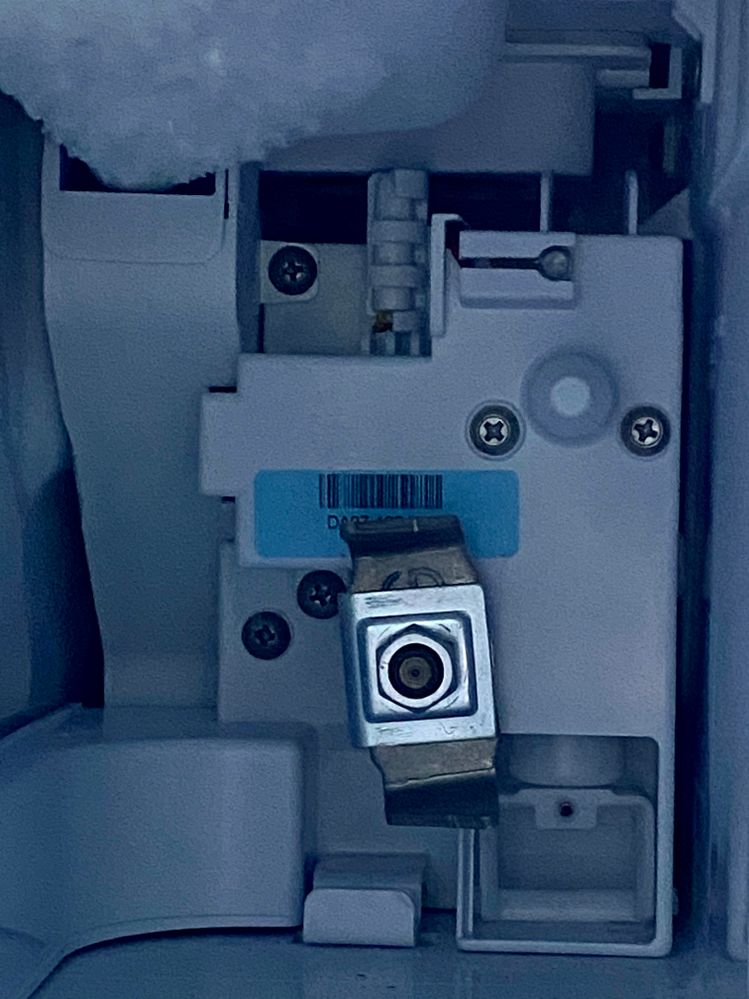 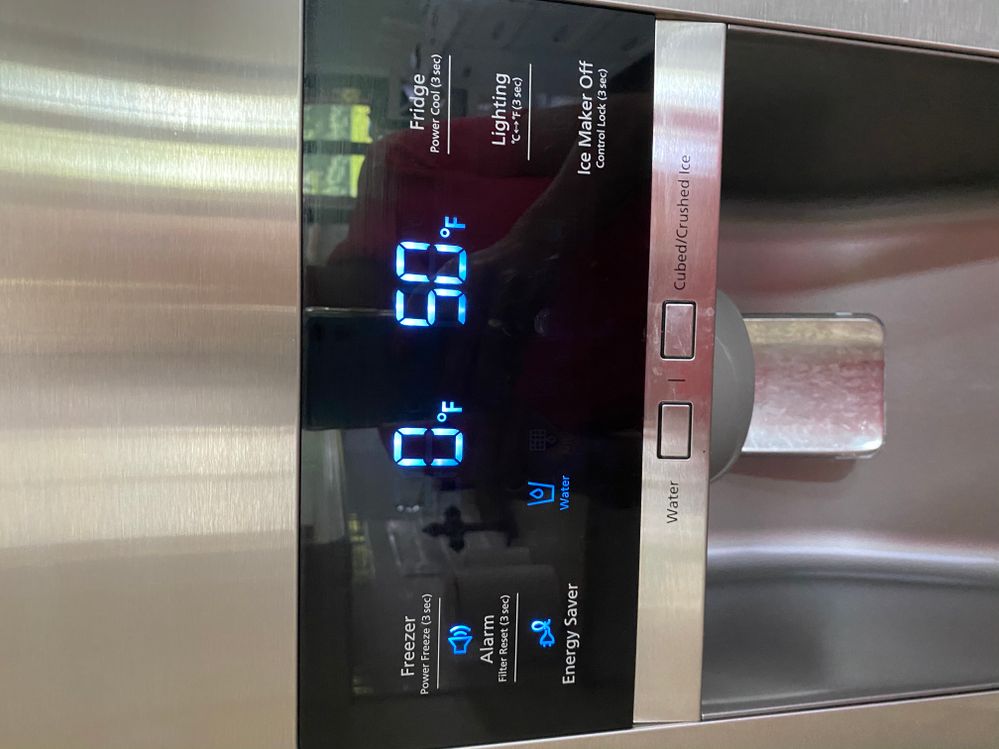 Hey, give this link a shot: https://www.samsung.com/us/support/troubleshooting/TSG01001012/ If this does not help I recommend letting a service technician have a look. Send your full model code and serial number via private message or call 1-800-SAMSUNG directly to get started.

I believe we have the same fridge, I have had my ice maker replaced twice. if you are having issues with the temp of the refrigerator check to see if the two small holes on the back panel have ice coming out of them, mine did and I had to replace the back panel.

My appliances are 5 years old.

RF28HFEDTSR/AA Having the same problem since day one it started with ice maker freezing up then leaking out the back damaging my floor! Now it's not making ice at all and still leaking and water also collects under my drawer then freezes which causes it to smell and drawer gets stuck in the ice and won't open. This is horrible I have been dealing with the defrosting then it will work for a week if im lucky but leaks everywhere. They should be accountable for selling junk! I paid over $2000.00 for this headache something needs to be done!

Hey, give this link a shot: https://www.samsung.com/us/support/troubleshooting/TSG01001012/ If this does not help I recommend letting a service technician have a look. Send your full model code and serial number via private message or call 1-800-SAMSUNG directly to get started.

Similar problem. Same refrigerator. The refrigerator won't cool. The door display says it's 36, but items feel close to room temp and milk products spoil. It's ridiculous! Our refrigerator fan makes a terrible noise. The back wall keeps freezing over, them the refrigerator box won't cool. Meanwhile the freezer is freezing and goes from 0 to -8! So frustrating, have tried everything to reset it! I want my money back and a refrigerator that is reliable and lasts more than 5 years.

Bought this fridge 3 years ago. Last year heard a strange noise coming from the fridge and found that it had built up ice and the fan was hitting the ice. Emptied all the contents of the fridge and defrosted the fridge. Considered it a fluke. I no longer consider it a fluke... and apparently Samsung doesn't care.

After the 2nd time I began looking on the internet and was getting concerned. After the 3rd time my wife contacted Samsung to see if this would be covered under warranty, remember it is currently only 3 years old. Samsung customer service had my wife on the phone for half the day. The result was that she was told it is not under warranty but this is a known issue with this model of fridge and as a result they have extended the warranty for this particular problem, EXCEPT, we would have to pay the service technician fee of $125. The service tech was scheduled.

I then looked up the part that customer service had described as a "known issue" and covered under warranty. I found that the service fee was about the same cost as the defrost element described and asked my wife to cancel the service visit. My wife however never received a confirmation email or the confirmation phone call prior to the technician showing up at the door so had no way to cancel.

When the technician arrived he stated he tried to call but he had a phone number that was completely wrong. My wife asked if the fridge should be emptied and the technician said "don't bother" and continued to describe the issue as a design flaw that will continue to haunt us as long as we have the fridge. He stated that the drain tubes were beginning to dry rot, remember 3 years old, and to repair the fridge it would require several parts the most expensive being $500-$600. When asked about the warranty the technician stated that there is no such warranty and everything was out of our pocket.

The technician then asked for his money, instructed my wife to call samsung if she wanted a refund, and left. The only thing he did was pull out the fridge and show my wife the "dry rot" on the drain tubes and describe a number of parts that he could replace to repair the fridge, at least until it happens again in a year or two. He didn't even put the fridge back when he left.

My wife was understandably upset that we have a 3 year old fridge that has been giving us problems over the past year. Samsung customer service admitted it was a known issue; the technician stated it was a known issue, a design flaw, and that we're essentially stuck with it because Samsung "isn't going to do anything about it."

Hopefully we can get the worthless service visit cost refunded but what are the chances of Samsung owning up to this problem and truly fixing it. My parents just bought a new fridge because theirs broke down after 30 years of service! We have a fridge that needs to be replaced after 3 years!

After being transferred multiple times and disconnected twice. My wife finally spoke to someone that said they could submit a claim for a refund of the $125 service visit.... tomorrow. Apparently we have to be on the phone another couple of hours tomorrow after the service tech has entered the visit into the system.

But what about the fridge freezing up every couple of months?

Re: Samsung Refrigerator RF26HFENDSR/AA ; Lemon; Freezing up; Not cooling

The same thing is happening to mine.  Mine is 5 years old, but it first started a couple of years ago, when the ice had built up so much that it stopped cooling.  We called a repair person and they fixed it, and told me how to do it on my own.  We had about 6 months until it happened again.  De iced everything then happened again in about 6 months.  Now it's every couple of weeks.  So disappointing.  Sounds like Samsung does nothing.  I saw there was a class action suit against Samsung, but don't know if it includes this fridge.