One by one my cameras are failing to load. This is the only device having this issue. I have had this fridge for 4 years and it was already replaced due to ice maker issues now this is the third time ring has had issues due to updates. Please address this ASAP!! 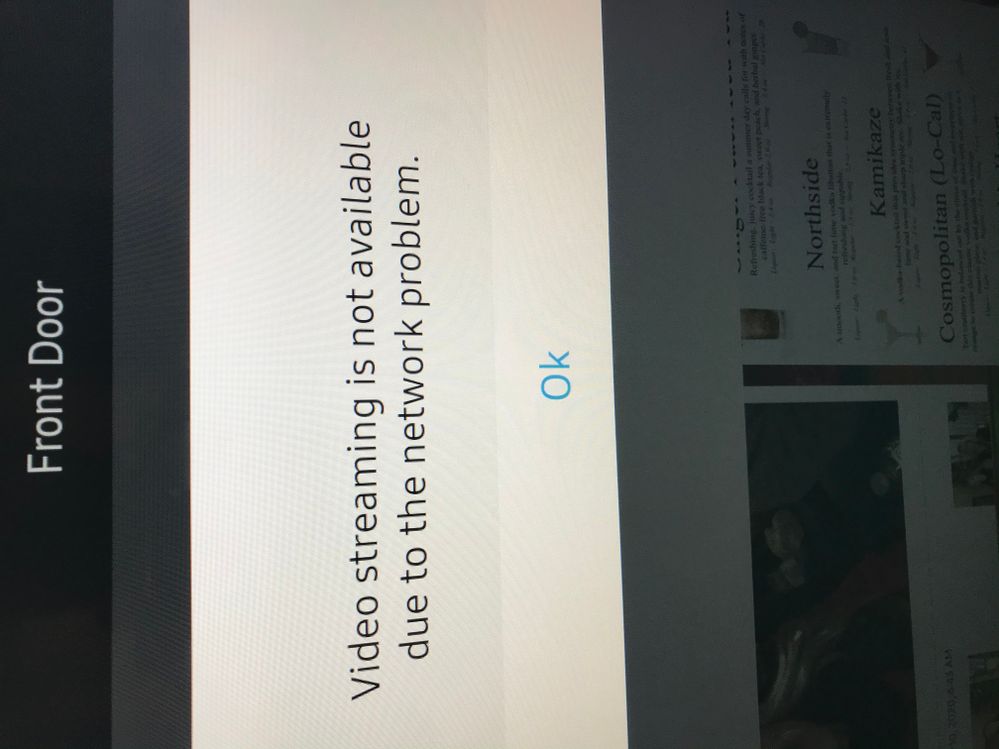 So if this issue is occurring when ring updates, you need to contact Ring. The issue is likely on thier end
0 Likes
Share
Reply
Reply
Loading...

Ring said it is a Samsung issue

I have same problem, along with issues with pandora. However that network error is a sumsung error. Samsungs network interfaces suck. Their tvs are the same, contant disconnects.

Live view was working fine on my family hub but then all of a sudden it stopped. Tried all the basic troubleshooting steps discussed in the Family Hub blog, but no luck. Has anyone found a solution yet?

Error " Video Streaming not available due to the network issue".

If someone rings the doorbell, the family hub screen automatically DOES NOT pull up the video like it used to.

Please note that this has been identified as a server issue and Amazon/Ring are currently investigating this on priority.

Thanks for the update. But it's strange that I posted the same question on ring community forum and they haven't responded yet. On the other hand, according to your response, they should have as it's a known issue and they are investigating on priority.

Also from the similar discussion threads, both here and on ring community forum, it's mentioned several times that it's a family hub issue as it doesn't happen on any other device such as iPhone or echo show and such.

Hi there, I think that I have found a solution for smart hub Samsung fringe and ring disconnecting problem . I have noticed that in the ring app , under authorised device’s there is no Samsung fridge , so I think that is a problem.
Solution : Go to web browser on Samsung fridge, log on to myring.com. While logging in tick box “ remember this browser “ . After logging in in the ring app Samsung device will be added to list of authorised devices, close browser and restart your fridge smart hub . And that would solve the problem, it works for last 3 days in my case.
I

This is not a solution and moving my post to a thread that has been marked is not goin to help.