I've a weird bug with my C49hg90dm. Sometimes when I turn on the monitor I've a glitched black screen followed by a strange cyan-blue screen stranded by lines.

I noticed that the monitor's menu still work in this state but doesn't appear because I can still turn off the monitor normally by pressing the main button, go down and pressing it again. Then when I turn on the monitor again everything works normally. It also work fine if the source change I think because the glitch desappear if I reboot the computer.

I don't know if this issue appear randomly or after a fixed number of power-up. I've also noticed that the image seems slightly different when the monitor is about to glitch on the next power-up.

I don't know if my description is clear ? It's not really annoying but I just hope that doesn't damage the monitor over time.

My monitor is plugged on a surge protector Eaton ellipse eco 650 and with a displayport.

Thanks for the heads-up @Sekko

It's been 5 days since I upgraded my unit and the issue seems to be gone as well, just note that the actual firmware version is 1019.0 (released on March 25, 2019). For those in Canada, follow this link to get the upgrade file "Upgrade File(USB type) ver 1019.0 (MULTI LANGUAGE)", there are also upgrade instructions available if you are not familiar with the procedure (look for "Upgrade guide").

It's been over a week since the firmware upgrade and I'm happy to report that no glitches have occurred since then.

Monitors and Memory
Thank you @dcasa!!! I was wondering/hoping that it may be something very simple as an update. I'll give it a shot now, give it some time to get adjusted to it, then report.
Learn to rest, not to quit!
0 Likes
Share
Reply

I have performed the install of the update. What i have noticed thus far, my USB Hub on the montior is not working now. 🤔

Learn to rest, not to quit!
0 Likes
Share
Reply

Sorry to hear that, I don't use the USB hub on mine, so I cannot tell if it has stopped working after the upgrade. Did it fix the glitch, though? 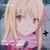 Hi, i have the same problem, where can i download this update?

You can find the firmware update here.

I can confirm that the update fixed nothing for me.

In the middle of a conference call while screen sharing - boom, monitor randomly shuts off after working fine for 3 hours.

I returned to the store today for full refund.  What an unreliable piece of crud!

If you are still following this thread, please check Sekko's post here and mark it as 'Accept as Solution' so it's easier for others to find the new fix.

Thanks I'll check that!