All 8 are hooked up to an LSI SAS controller, using two SAS cables. 6 out of the 8 drives need firmware updating.

I am using them under Windows 10 21H2. The 8 devices form a single striped volume. All 8 drives show up individually in Device Manager .

Funnily enough, ADATA SSD Toolbox software sees all 8 of the Samsung SSDs, but of course cannot update their firmware.

I have tried disconnecting 7 out of the 8 Samsung 860 SSDs from the SAS controller. Samsung Magician still won't show the remaining 860 SSD.

I also tried connecting a single 860 SSD to the motherboard SATA port. Samsung Magician will won't show it !

I also downloaded the firmware ISOs from

Once I boot either of them, I get stuck at the "press any key to continue" message. I tried pressing many keys on my USB keyboard, and it just doesn't work. I even tried with an older PS/2 keyboard. No go.

I am using an Asus Prime Pro X570 motherboard, with AMD 5950X CPU, both brand new and with latest firmware.

I also booted a Ubuntu 20.04 Live CD and mounted the two above Samsung ISOs and Linux, then fumagician  as root, per the instructions at https://www.reddit.com/r/zfs/comments/fuqgoi/script_to_update_samsung_ssd_firmware/.

Once I got I got to the part about running fumagician, I saw the following problem :

I have tried everything I can think of, short of backing up all 8 drives, wiping them, and then trying to upgrade the firmware. I believe that would likely work, but it should simply not be required. The firmware upgrade is supposed to be non-destructive. Backing up and restoring the drives takes time, and will unnecessarily wear out the flash upon restore. 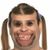 Monitors and Memory
Unless the drives are not functioning correctly. I'd caution updates. As it could mess up your array.
0 Likes
Share
Reply

Not upgrading them could mess it up, too.

I managed to upgrade it finally. But no thanks to Samsung. The Linux ISO is incompatible with AMD machines. It just hangs.

I found that the Samsung Linux firmware ISOs booted fine in my NAS with an Intel Z170 chipset. It also has a SAS controller. I had a spare SAS cable, but only about 3ft. Both systems are on wheels. I connected the NAS to the SSDs in my desktop via SAS, four at a time. I was able to boot the two ISOs from USB and upgrade all the drives. Actually, 7 out of the 8 needed upgrades. 6 out of the 7 860 EVO were on old firmware, and the lone 860 EVO M2 was on old firmware. They are all on the latest now.

The firmware upgrade was non-destructive as far as data goes, thankfully. No backup/restore needed to wear out the flash. Array came back just fine.

One of the 4 caster wheels on my HAF 932 Advanced case didn't survive, unfortunately. I had to take them all off. I have ordered another set from ebay.

Monitors and Memory
Cool glad it all worked out.
0 Likes
Share
Reply