Mirroring a pair of 860 EVO on Win10 computer

Question:  How to mirror a pair of 860 EVO 1TB SSDs on a MS Windows 10 computer?  Is there a standard procedure Samsung recommends for doing this?

Have successfully migrated the operating system disk to a 860 EVO SSD.  Played with it for awhile to ensure no errors and that it's what I wanted.  Then, acquired a second 860 EVO 1TB.  But I'm uncertain how to mirror it, without balling up the O/S or data.

In the screen snapshot below:  Disk 1 is the original 860 EVO after migration.  Disk 0 is the second, later, 860 EVO that I just installed.  But, of course, at this point, it's not a mirrored pair.

Is the mirroring supposed to be done PRIOR to migration with Magician, via the BIOS/utils (dependent on the system in question)?

Is the "Add mirror" feature in the MS Windows Disk Management utility the correct method, volume by volume until all is paired up?  (In this case, below, first the 500MB volume, then the 931GB volume.)

Is the mirroring something a Samsung utility or the Magician software is supposed to take care of?

Uncertain which is the correct method, with the SSDs.  These are my first.

Any guidance would be much appreciated. 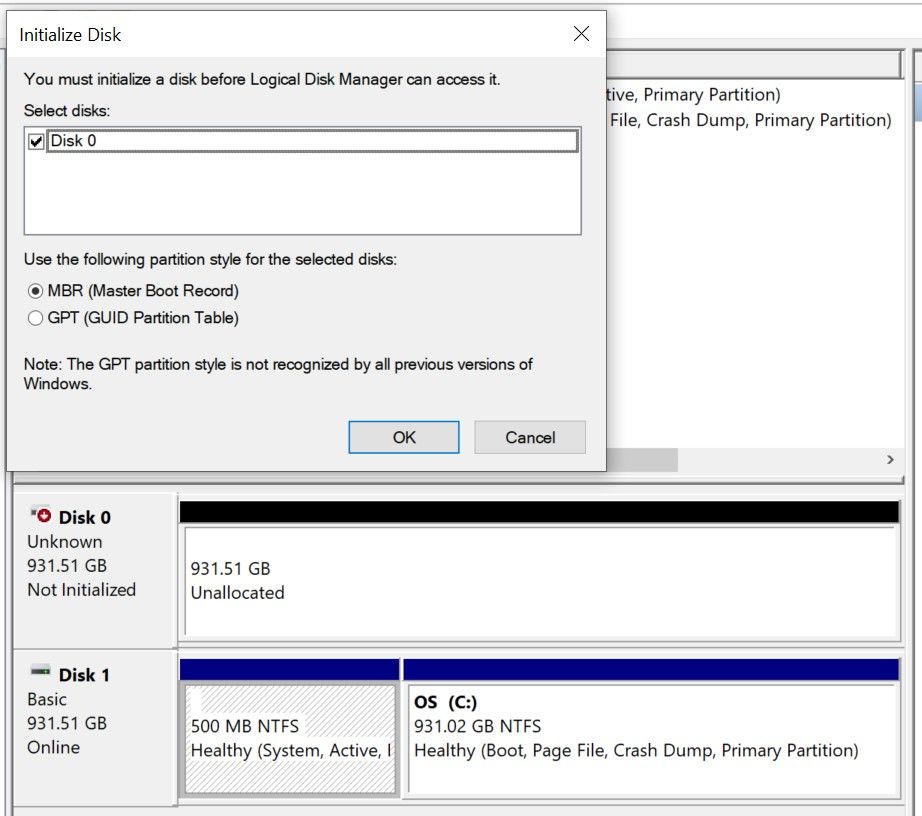 Do a Google search for "disk mirroring" to obtain info and tutorials for Win 10.

> Do a Google search for "disk mirroring" to obtain info and tutorials for Win 10.

Done that, of course.  And I know basic computer setup and config, including RAID.

But my questions are **specific** to the SSD volumes, as to whether there are any differences when involving the Samsung Magician software in a post-migration situation.

Migrating's all well and good, with Magician, but if the Windows requirements for mirroring then blast that migrated volume out of the water when linking the migrated SSD with a newly-installed SSD into a mirrored pair, then it's hard to see how migration+mirror can work.  Being my first SSDs and my first Samsungs with Magician, I need clarification.  (The user guides with Magician and migrating don't speak of it, assuming everyone knows and everything's going to be hunky dory.)

I've got another pair of standard disks I'm installing, as well.  1TB SATA3 7200rpm.  Cable them up, the Windows Disk Management utility sees them, and then (being empty of all data) they can easly be selected and paired via choosing the "New Mirrored Volume" option.

But in this case it's an already-migrated SSD, and it's unclear whether that drive's contents can be safely mirrored over to the newly-installed SSD pair, without obliterating the migrated data already there (on the primary), and without disabling the booting capability (which "dynamic disk" hints at).

So.  I'm looking for guidance on a migrated-via-Magician volume and mirroring it to a newly-installed twin.  Obviously, don't want to blow the migration's contents.  And need to understand if Windows' warnings about "dynamic drive" (and resulting inability to boot) will impact booting from the mirrored-pair.

For all-solid-state drive questions, please either email support@totalts.com or call 1-800-SAMSUNG and choose option 7 for SSD support. The SSD support team is available M-F 9 AM - 9 PM. Thanks!

According to Samsung, the "community forums" or "user's own research" is where support is obtained; Samsung does not provide support on RAID/mirroring questions for their SSD product.

So.  Questions still stand, RE the proper method to take a post-Magician-migrated SSD running MS Win10 and adding a second SSD as a mirrored pair, given the realities of the Disk Management utility's operation, MBR/GPT, desire to not break the integral Win10 backups, etc etc.

No documentation seems to have been made for these SSDs on the correct method of setup, beyond the basic plain-vanilla steps to "do a migration using Magician."

If anyone knows the correct procedure, would love to hear from you.