I am trying to upgrade my 128GB Samsung SSD to 500 GB Samsung SSD.  Samsung Data Migration software hangs at 99% for several minutes, then the message is:

"The Data Migration function has been interrupted for an unknown reason."

The installation manual says "make sure that you install the Samsung NVMe Driver first".  But the driver installer guide says minimum configuration is Intel Haswell Refresh Processor.  I have AMD, not Intel.  So, I have not attempted the driver install.

Anyone know how to fix this?

HP Gamer Desktop CFC0JLC (not sure if that is the model number, no model number on enclosure) 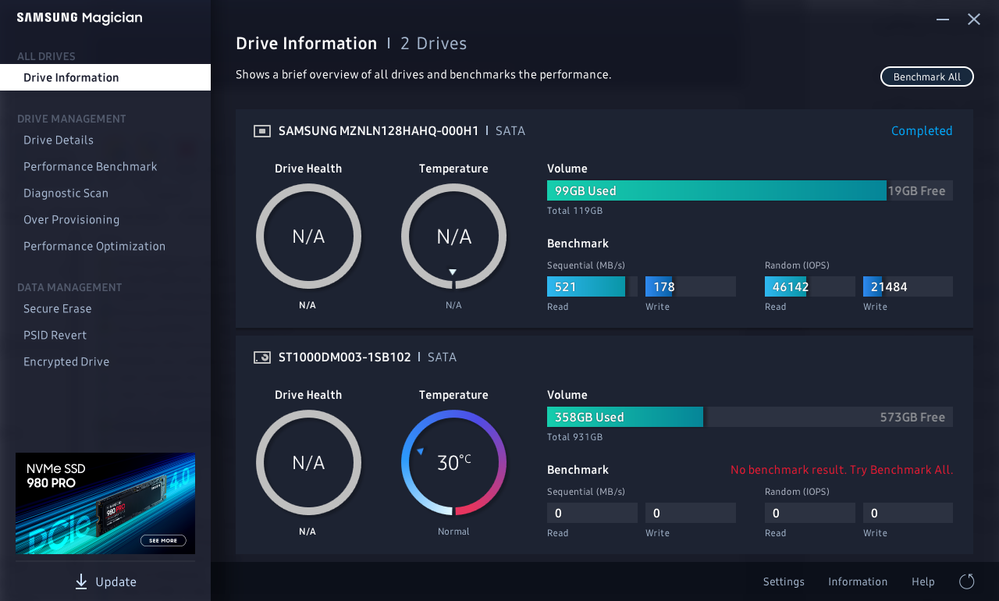 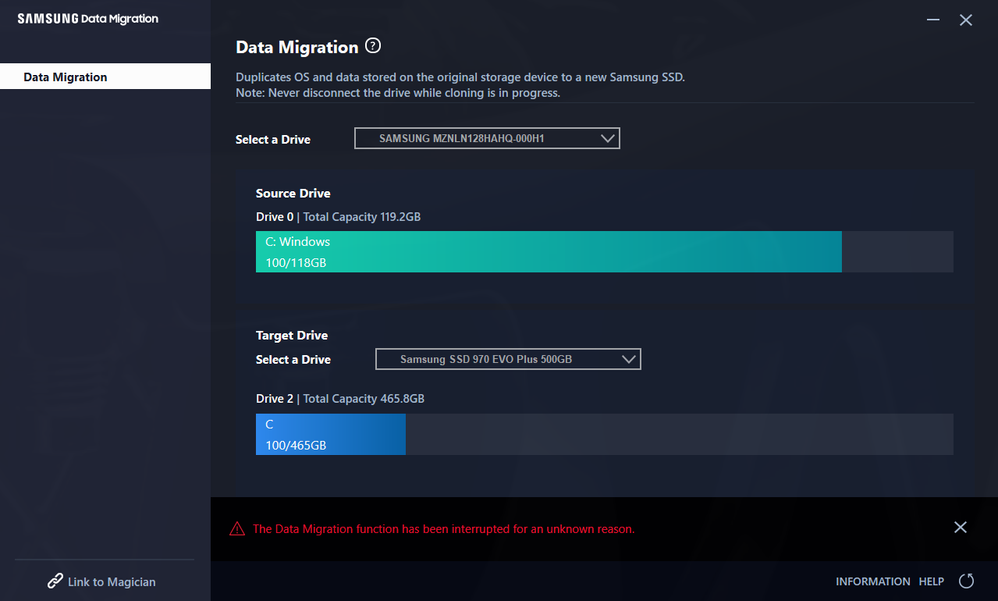 Now I tried to install the Samsung_NVM_Express_Driver_3.3, but it would not install.

If I can't get the Samsung Data Migration working, I will consider the open source "Clonezilla".  That would clone 'offline' with a USB stick acting as a Linux OS main disk.  Offline would have the advantage of no files 'in use' not being copied that are actually needed.

I have filed a help ticket.

For all solid-state drive questions, please either email support@totalts.com or call 1-800-SAMSUNG and choose option 7 for SSD support. The SSD support team is available M-F 9 AM - 9 PM. Thanks!

It seems that if you edit these posts about 4 times, they vanish.  I will try to be shorter in my reply.

I talked to support at the phone number you mentioned.  They took time to suggest fixes, but that did not work.  Clonezilla would not succeed either.  Finally I used the Samsung Data Migration cloned drive even though it was said to have failed.  But it did make a bootable drive.

The problem now is that some windows setting seems changed.  I cannot wake the computer from the keyboard.  Now I have to use the power button.  Not good.

Your computer appears to have a M.2 SATA  interface and NOT a M.2 NVME interface.

Aside from the CPU requirements, the NVME drivers are not going to work.

The M.2 SATA interface is going to throttle the EVO to SATA speeds and it will not perform at the  NVME speeds it is designed for.  Don't blame the drive as you've installed it in a sub-par system.

You might want to try a Windows system repair to see if it affects your "waking" problem.

I found a fairly good way to ‘wake’ the computer after installing the 970 EVO Plus. I no longer put it to ‘sleep’. I hibernate it. Then, I wake it with the power button, not a keyboard key.

Thanks for your posting. The Samsung telephone support did not resolve the ‘data migration interrupted’ problem. Is there a Samsung forum that covers SSDs? Also, I tried the open source Clonezilla. It did not make a bootable SSD.

Finally, I tried booting from the 970 EVO Plus after the Samsung data migration software said it had failed. It had created a bootable SSD. As the sleep problem attests, it was not a perfect copy. However, it seems good enough.

The (partial) solution in my case was to ignore the message about the SSD clone being interrupted. 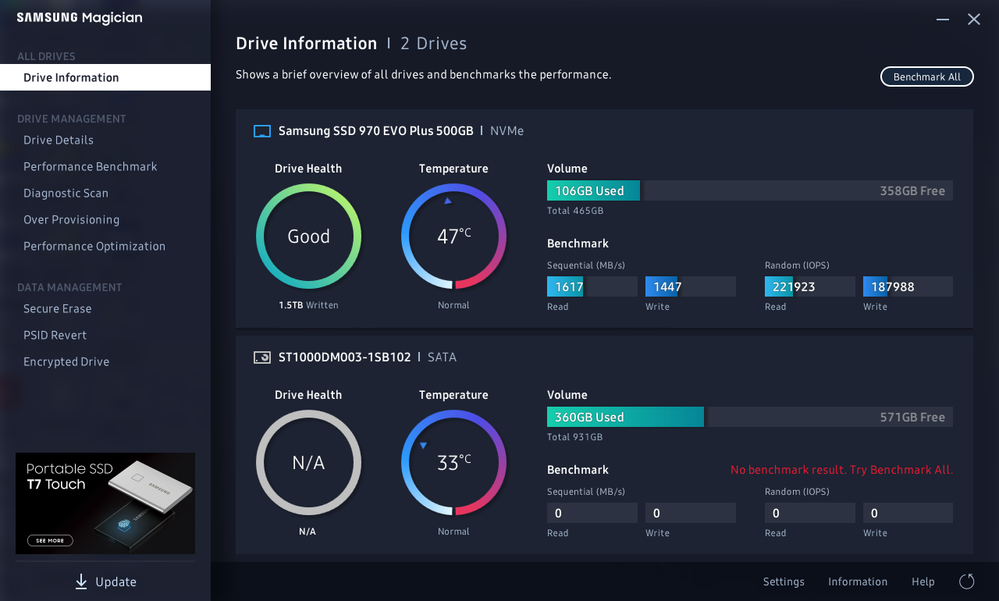 EVO Plus benchmarks faster than SATA

I fixed the corrupt filesystem (source disk almost full) and disabled hybernation by running these commands before running the datamigration tool: C:\Windows\system32> sfc /scannow and powercfg.exe /h off