Did several tests, any suggestions?

Is it possible for you guys to temporarily rerelease the old 980 pro magician and drivers until you find a permanent fix?

Ever since updating earlier this week my write speed on my 1tb 980 pro has dropped from 5 GB/s to 2.2 GB/s.

How will we be notified when this issue is resolved?
@Memory Product Expert -1

I am having this issue as well.  My 500GB 980 pro is only 26% filled and getting 1,100 MB/s write speeds.  I would think that these drives would perform to spec at that rate.  Any updates on new firmware or an expected fix?

Samsung this drive isn't performing anywhere near your advertised speeds in writes. Is this going to be fixed soon or do I need to return the drive to Amazon for misleading specs? I only have about a week left for my return window and it's looking like the drive will go back since Samsung is not be very transparent on the issue.

I am very disappointed with this product.

After a few months of use, the write performance became very bad. I want to return the product as it does not match what is advertised.

My 1TB 980 PRO is now hobbling along at 2200MB/s. You could say that's still plenty fast, but it isn't. It was very fast before this started happening, and I can feel the difference in my workflow.

This was an expensive drive, I expect better engineering in the firmware department. Frankly, I have no clue how this gets through testing. This happens in regular use, no edge cases.

I have the following configuration:

Since day 1, right after installing a fresh copy of Windows, speeds on Gen 4 were always horrible, nothing near the advertised speeds. Mostly what I got is 5700/2700. 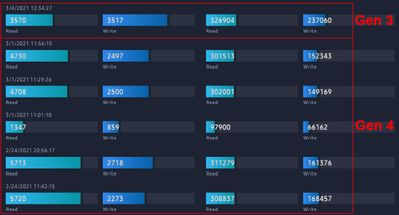 I have tried at least 5 BIOS versions, and I am not sure who messed this thing up, Gigabyte, AMD or Samsung. I reported this to Gigabyte support, and their latest response was that is "works on their machine". They tested the drive on a different motherboard (B550 Aorus Elite) and their 980 Pro had older firmware 1B2QGXA7, whereas mine has 2B2QGXA7. 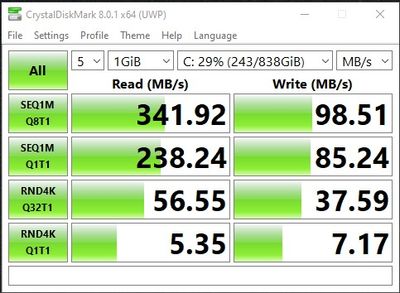 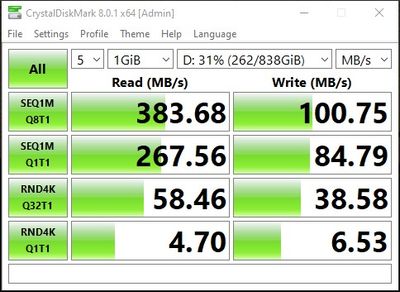 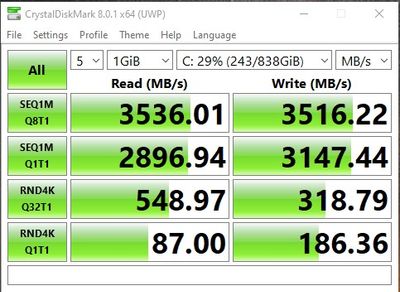 UPDATE: I have pulled out and reinstalled the 980 Pro, and it fixed everything. I am not sure how it is even possible for a drive to work if it is not installed properly or if it is losing contact with the slot. I have been using this NMVe for more than a month in this state. Here are the new speeds using Gigabyte B550 Aorus Master (F13h): 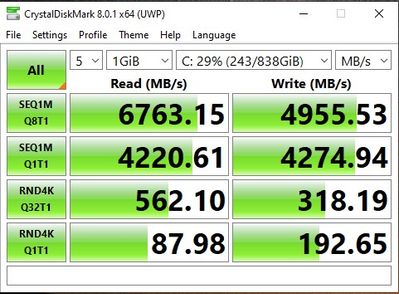 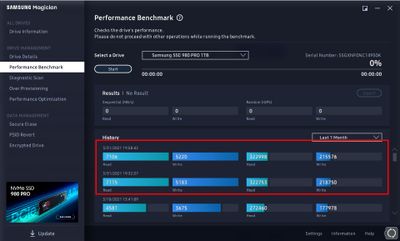 Same here. Also changed to the lower M2-Slot on my TUF GAMING X570-PLUS (the one under the heatsink) Great performance now. Thanks

@Memory Product Expert -1
Any update on the fix for this issue? 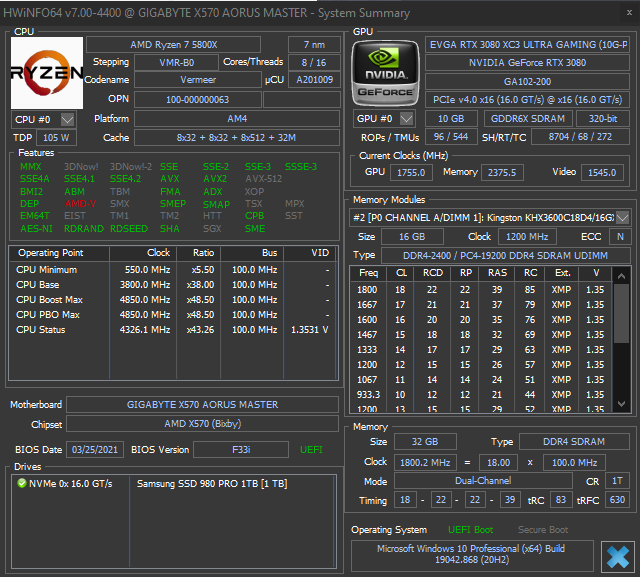 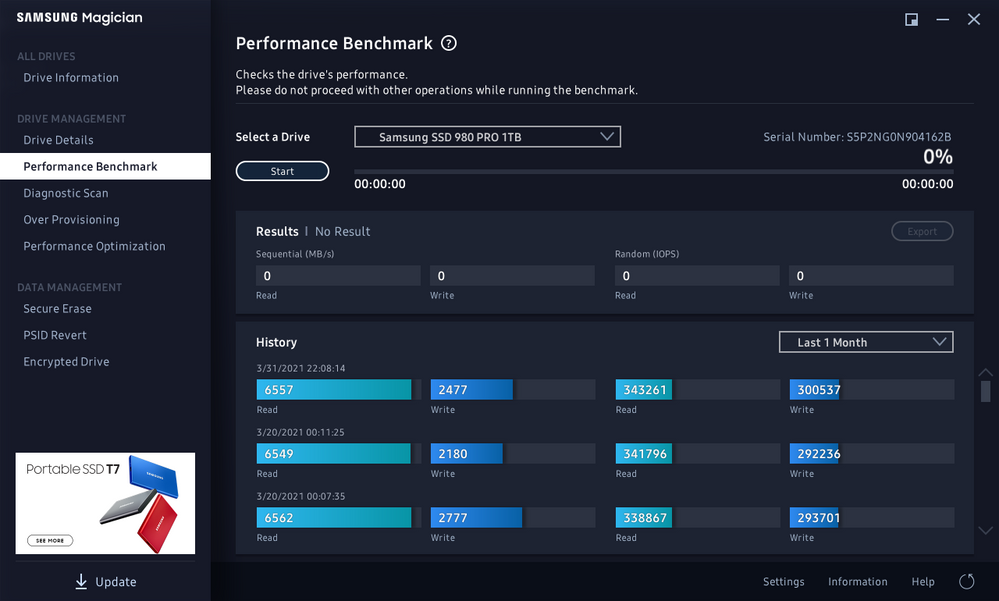 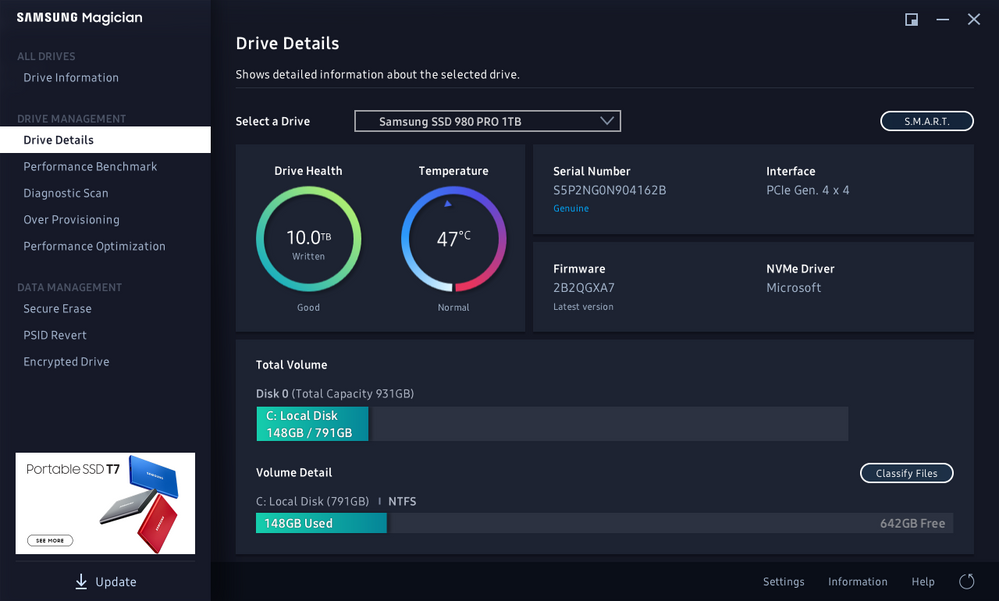