Samsung magician is stuck on scanning for drive information

The previous version worked. I updated because I was prompted to by the app.

How can I resolve this mess?

Did you cold boot the PC after the update?

check if ther is any update in your intel drivers or in your bios, then retry.

I've been having the same exact issue ever since the last update to Samsung Magician. Restarting the PC does nothing. I always have to end task in the task manager. It's completely broken now. Worked just fine a few weeks ago. Its apparently a Samsung software issue.

Hmmm . . . I just got an email saying this topic was updated but the comment I uploaded originally is gone.

In any case, silence from Samsung.  That does not bode well.

FWIW, I followed ddaniel51's advice and just did a cold boot and that took care of the splash problem.

Hopefully Samsung will get involved and help out.  Let's see if this comment disappears as well.

Same issue here.  Scanning for ever...

Same issue for me since buying this SSD 870 QVO 1TB drive.  Drive installs OK and runs fine but Samsung Magician refuses to detect the drive.  Just gets stuck on scanning for drive via the Samsung splash screen.

Quite frustrating.  I'm not running an AMD system, the drive is in a RAID or SCSI configuration.  Windows has determined that I'm using the best driver for the device.

Samsung tech re suggesting I send the drive back for formatting.  Doesn't make sense to me.  There should be an easier solution.

Support link given to me by Samsung says the following.

SSD Samsung Magician is compatible with Samsung-branded SSDs only.

If your SSD is an OEM product which refers to SSD manufactured by Samsung but sold under other brand names, Samsung Magician cannot authenticate it.

If you have a Samsung-branded SSD, confirm whether or not the SSD is detected by the Windows device manager.

Your SSD should be detected as either an IDE or an AHCI device. If it is not, installing the standard AHCI controller driver for Microsoft Windows may fix your problem.

Some old AMD chipsets and AMD drivers are not supported by Samsung Magician.

If the SSD is connected to a RAID/SCSI storage device controller, the program may fail to detect the SSD properly.

If this is the case, please install the MS default drivers which is automatically installed with Microsoft operating system installation. 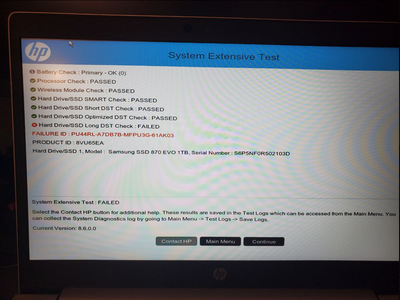